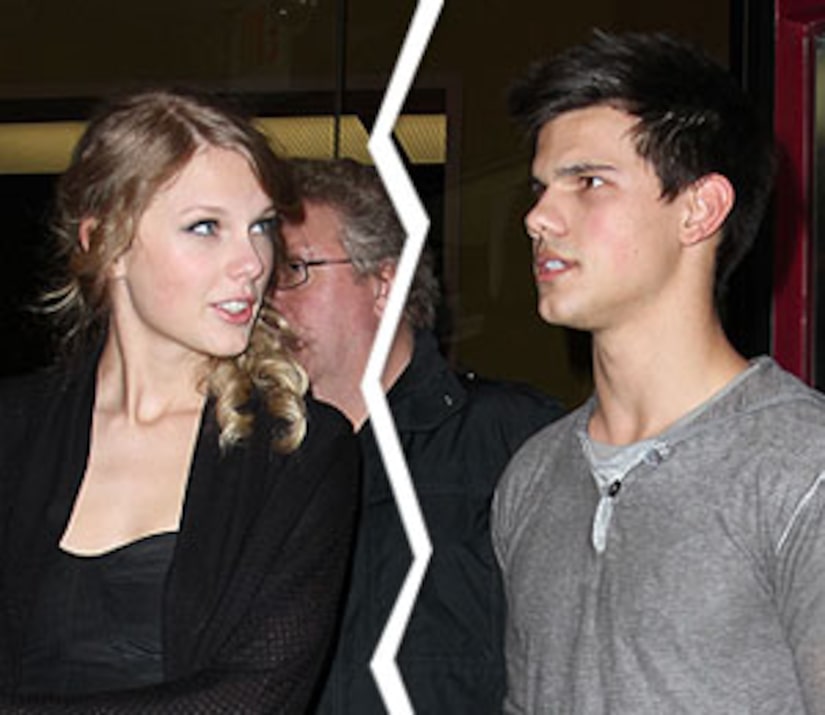 Young Hollywood's hottest "It" couple has split up.

Taylor Swift and Taylor Lautner have decided to break up after dating since earlier this year, according to Us Weekly.

"It wasn't really developing into anything, and wasn't going to, so they decided they were better as friends," a source close to Swift, 20, tells the magazine. "There was no chemistry, and it felt contrived."

See which other stars split in 2009

The country cutie and Lautner, 17, first met on the set of "Valentine's Day" earlier this year, and have enjoyed several public dates since their initial hookup.

Us Weekly reports that the young stars split after the "New Moon" hunk flew to Nashville for Swift's birthday party on December 13.

"He liked her more than she liked him," the source explains. "He went everywhere he could to see her, but she didn't travel much to see him."

See Taylor blow a kiss to Taylor on "SNL"

However, the two remain close. "They plan to stay friends," the source says.

Swift's rep had no comment on the alleged split, and Us Weekly could not reach Lautner's rep.