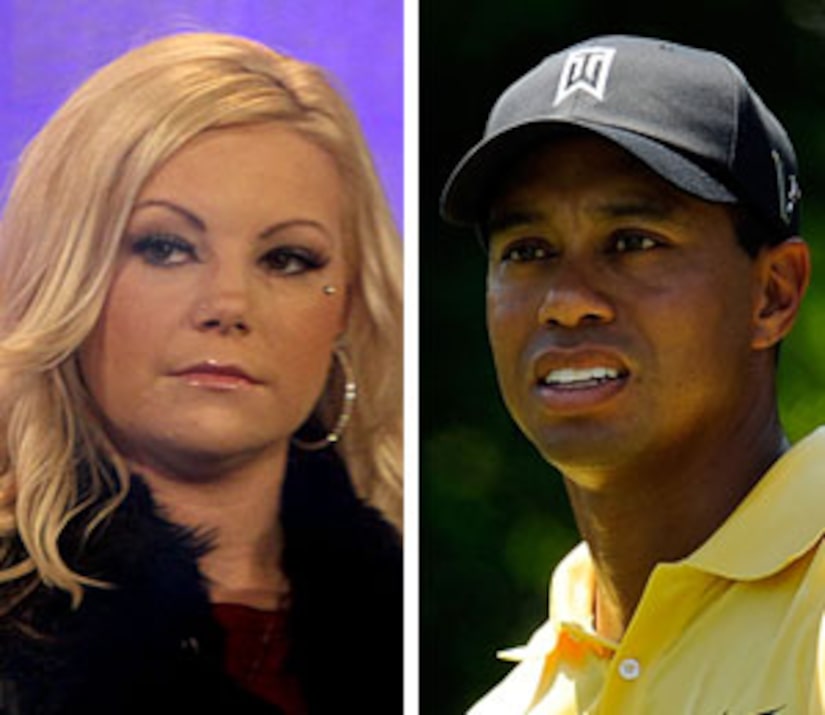 Jamie Jungers has lost her cool.

Jungers, 26, launched into a foul-mouthed rant after KFI AM 640 radio deejays Jon and Ken ask her about claims that the former cocktail waitress has salacious pictures of Tiger Woods.

Jungers agreed to answer questions on the Los Angeles-based radio show -- but got defensive when the disc jockeys asked her about claims her aunt, Susan Minor, made to Radar Online.

Minor claims that Jungers told her that she had a nude photo of Woods, 33. "She told me that she had taken pictures of Tiger Woods naked while he was passed out drunk on her cell phone," Minor tells Radar.

Jamie vehemently denies her aunts claims, saying on the radio show, "I'm telling you right now, from my mouth, I don't have any pictures of Tiger Woods," Jamie says, adding that she has "no clue" why her aunt said what she did.

When pressed further about the alleged photos, Jungers snapped, "I have a f*** lawyer" she said, "so I don't have to be harassed by people like you!" adding her affair with Tiger was her "personal business."

See all the women who Tiger has been linked to

Jungers was the fourth woman linked to the philandering golfer, who she claims to have dated from 2005 - 2006.