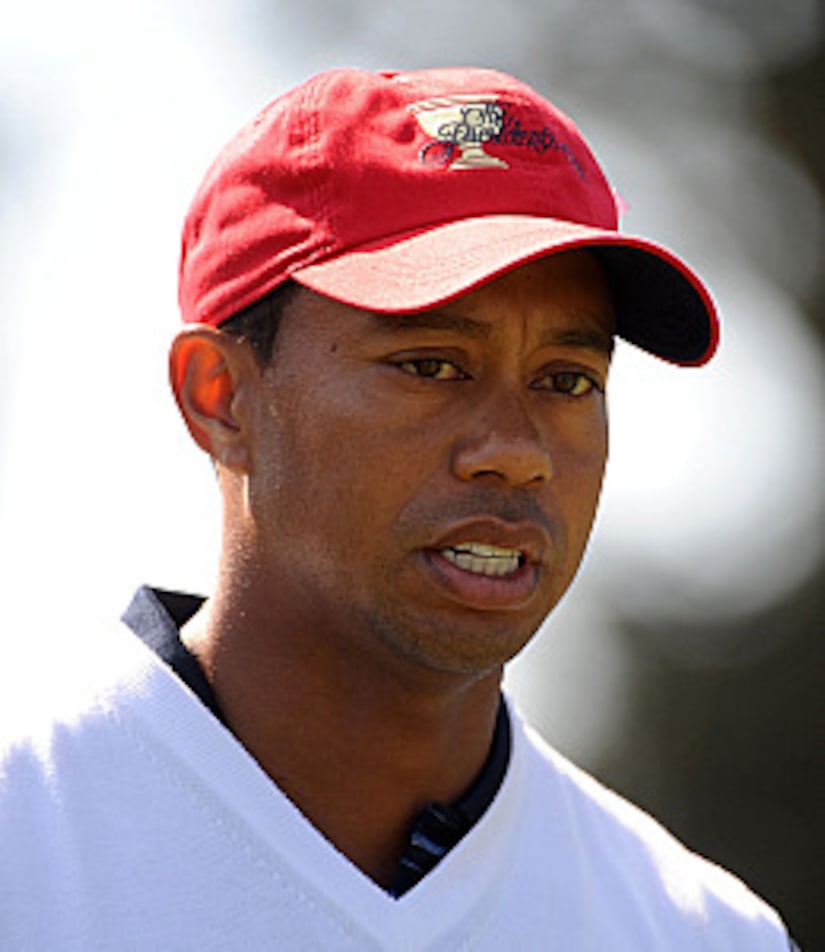 Two utility vehicles were also seen outside the Windermere mansion, where movers were removing wrapped up art.

Woods' wife Elin Nordegren stopped by the house with her two children, Sam, 2, and Charlie, 10 months, spoke to the movers for about 10 minutes and then left with the kids, TMZ.com reports.

The website speculates that workers may be there to repair damage to the vestibule of Woods' home, which occurred the night of his controversial car crash. The New York Post also reported today that Woods is staying with a friend out-of-state as his wife comes to terms with his 14 alleged affairs.

Earlier Tuesday, Nordegren was barraged by questions from paparazzi while leaving a local Thai restaurant. She kept her lips sealed.

Over the weekend, she stepped out without her wedding band.