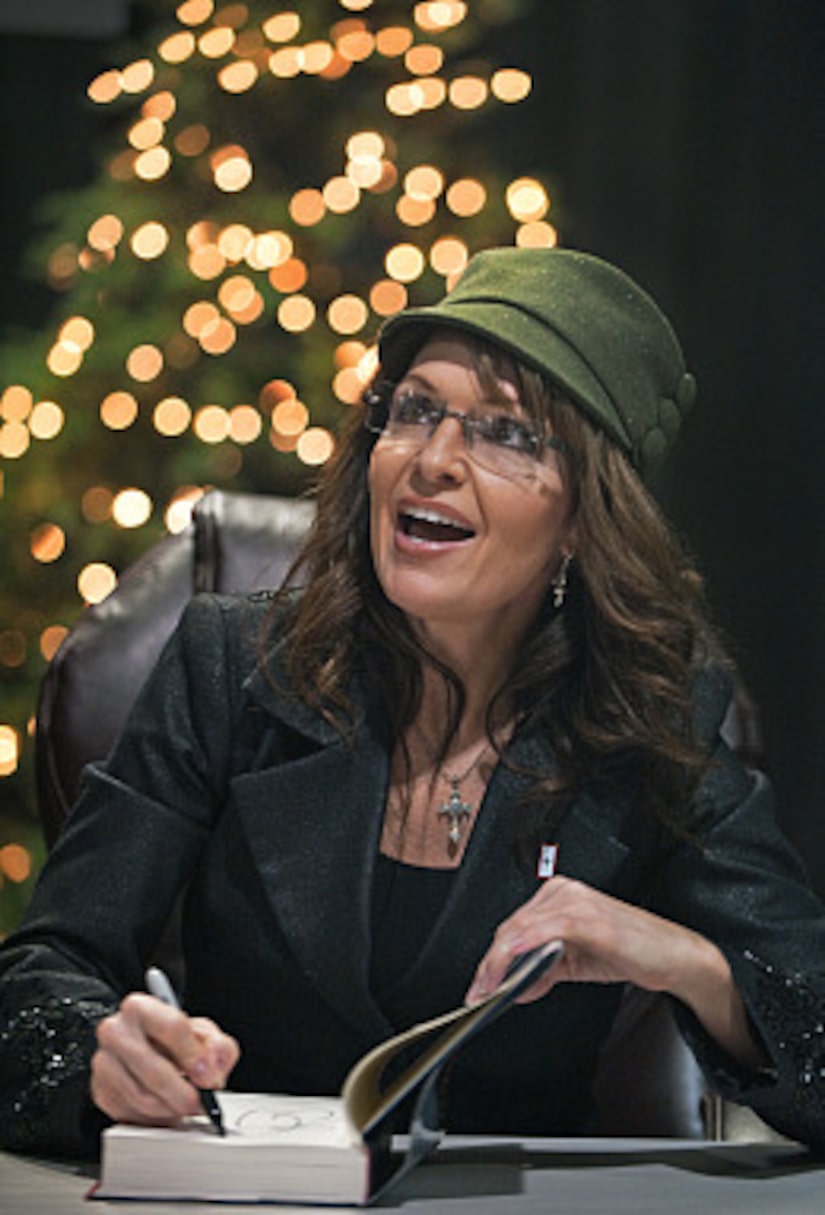 The flying fruit did not hit Palin, who was promoting her memoir, "Going Rogue," at the Mall of America in Bloomington, Minn.

See what Sarah Palin has been doing since the presidential election

Jeremy Paul Olson, 33, was arrested on suspicion of assault and disorderly conduct.

Palin did not comment to Politico.com on the incident.

After dodging tomatoes, she attended a private fundraiser for Minnesota Republicans.