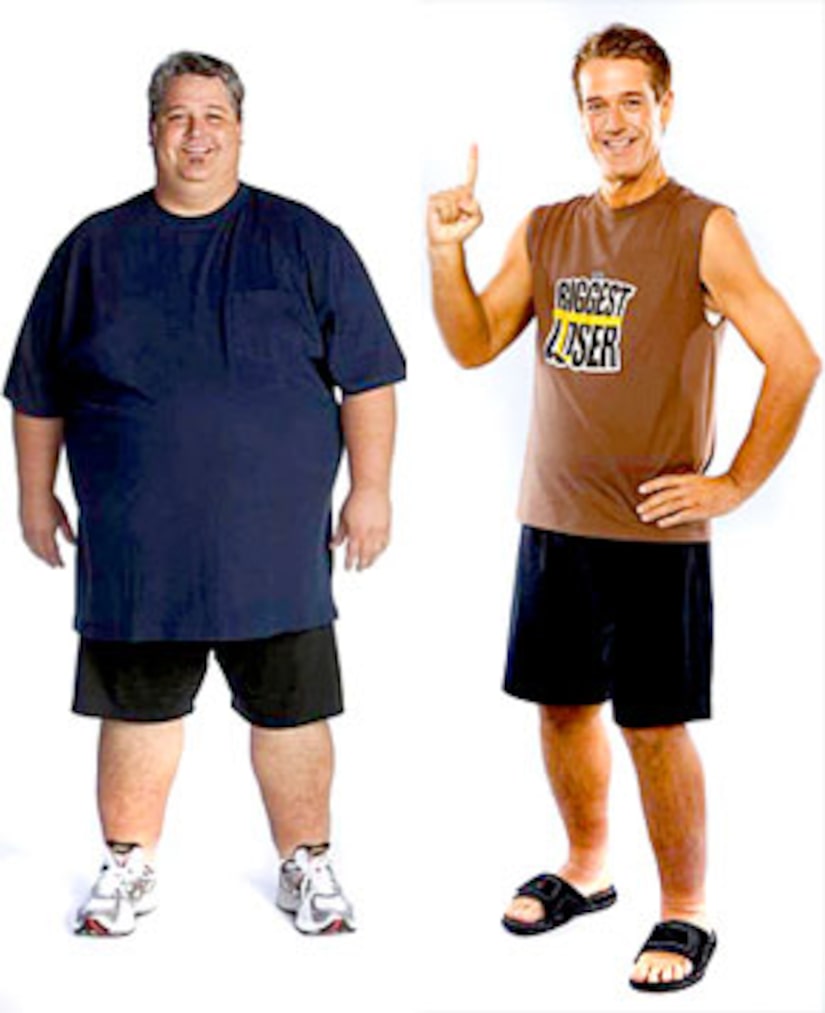 Cahill, 40, is a land surveyor/musician from Oklahoma who weighed 430 lbs. when he first started at the "Biggest Loser" ranch. He dropped 239 lbs. and 55.58% of his body weight with the help of personal trainers Jillian Michaels and Bob Harper.

See photos of the cast's before and after transformations

"I worked my tail off," he told Entertainment Weekly.

Rebecca Meyer, 25, lost 139 lbs. and had the highest percentage lost among the eliminated contestants with 49.82%. Meyer completely changed her look by losing weight and dying her hair from dark brown to blonde, plus she won the at-home prize of $100,000.

Rudy Pauls, 31, came in second place after setting a "Biggest Loser" record for the fastest weight loss while at the ranch. Third place went to Amanda Arlauskas, 20, who won America's vote to participate in season 8 and to compete in the season 8 finale three.

Eliminated contestant Antoine Dove also shocked the audience when he got down on one knee and proposed to girlfriend and fellow contestant Alexandra White.