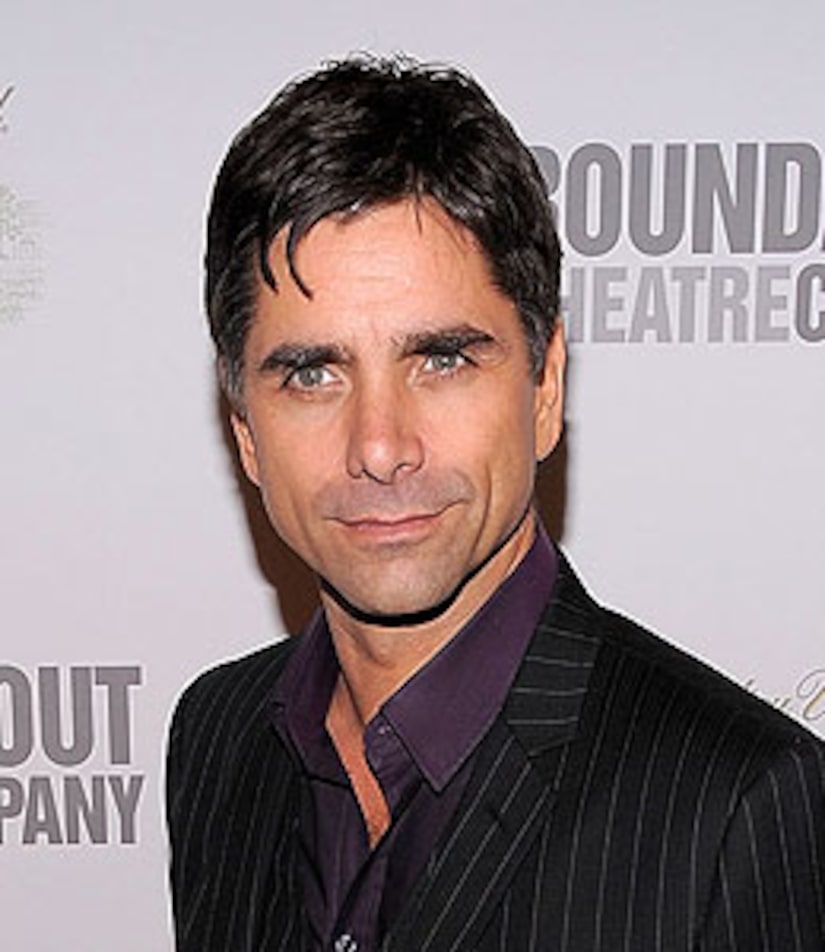 According to an affidavit obtained by The Smoking Gun, Allison Coss, 23, and Scott Sippola, 30, were arrested after an undercover FBI agent "posed as a representative" of Stamos, 45, and arranged a money drop with the extortionists.

Stamos, referred to as "Mr. X" in the document, reportedly met Coss at a party they attended in 2004, and has kept in contact with her via e-mail.

Last month, the "Bye Bye Birdie" star received e-mails from a man calling himself "Brian L." The man, later identified as Sippola, claimed to have "discovered the pictures taken during the 2004 party in Florida, and that such pictures would cause harm to Mr. X's reputation if released to the media."

Sippola then demanded Stamos pay him $680,000 for his silence.

The actor's lawyer contacted the FBI late last month, and after arranging a money drop with the suspects, both Allison and Scott were arrested for attempted extortion. They were released on bond last Wednesday.