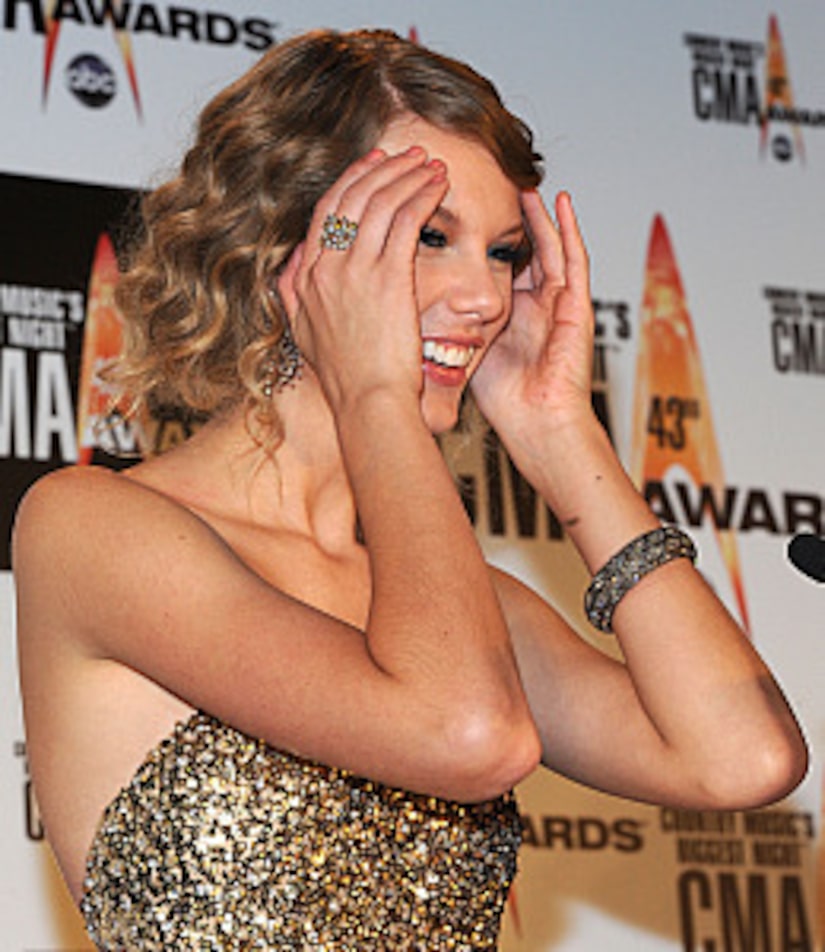 Taylor Swift can't believe she's up for eight Grammy nods -- just under Beyonce's ten, and ahead of Lady Gaga's five.

After hearing the news Wednesday, "I started freaking out and jumping up and down," Swift, 19, told the Associated Press. "I honestly never would have predicted this, eight nominations -- I'm ecstatic, and blown away and so, so thankful."

Swift -- who found out after her producer texted her ""AAUUGGH!!!!!" -- added, " To be recognized by the Grammys is the ultimate honor, and all I know is that when I write about this in my journal tonight it will be in all capital letters and underlined four times, and there will be lots of exclamation points in this entry because I never imagined I'd get to write this kind of journal entry."

"The thought of that absolutely is something that you daydream about," she went on.

How's the singer -- who has been nominated before but never won -- going to celebrate?

"I'm just gonna call a bunch of people and tell them that I love them," said Swift, who threw a cereal party with her parents after her big wins at the CMAs last month.

Swift is up for album of the year for Fearless, as well as Song, Record and Country Album of the Year. The 52nd Annual Grammy Awards airs Jan. 31.