The Disney Channel has lined up a handful of stars for upcoming episodes of "Handy Manny." 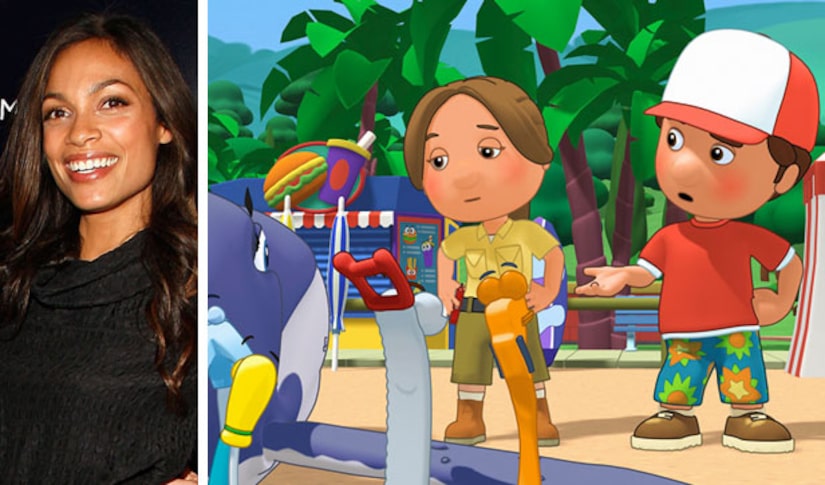 Actress Rosario Dawson guest stars as a marine biologist, celebrity chef Giada De Laurentiis plays the owner of a pizza parlor, actor Jim Belushi joins in the fun as a drawbridge operator, and former "Dancing With the Stars" contestant Lance Bass returns in the role of klutzy "surfer dude" Elliot.

The new episodes of the Emmy-nominated animated hit premiere Dec. 7 on Disney Channel.