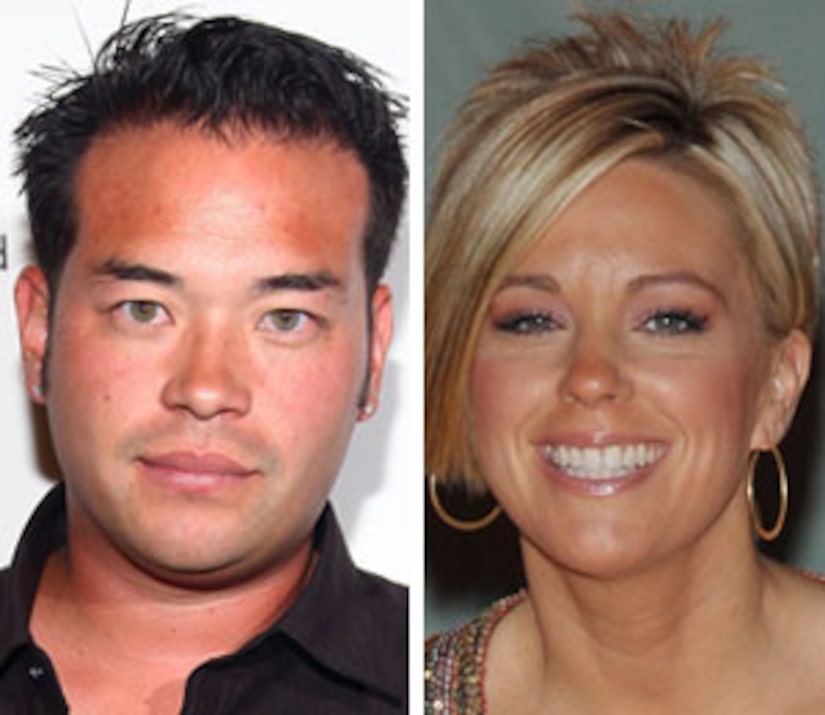 After five seasons on TLC, paparazzi mayhem and a messy divorce, "Jon and Kate Plus Eight" came to a emotional end on Tuesday.

In the final episode of the show, Jon Gosselin helped the sextuplets with a lemonade stand. They were able to raise money for local firefighters and explore a fire truck. Later, Kate took the little ones on a trip to a dairy farm and they learned how to milk a cow.

See Jon and Kate on their way to court

"I don't like goodbyes," Kate told the camera. The mother of eight said she was against the end of the show and it was "totally avoidable," while her estranged husband felt differently.

"Our marriage fell apart and I felt like I was free," Jon explained. The 32-year-old said it was tough getting married and having children at a young age and he finally feels like he could live out his twenties.

See more families that refuse to get along

Kate believes good has come out of her reality TV experience. She calls herself "stronger" and she now knows who her "true friends" are. The 34-year-old also expressed her gratitude and called the program a "unique opportunity." Kate also says she hasn't talked to her children about Jon's relationships with other women. "They don't know about girlfriends," she explained. "That's just too unhealthy."

During Kate's final confessional, she began to cry in front of the camera. "It's too soon and it's been a great run," she admitted.

The one-hour finale ended with a montage of memorable moments and message from TLC, "Jon, Kate & Family, Thank you for sharing your life with us."

Will you watch the final episode of "Jon and Kate Plus 8"? Vote now!