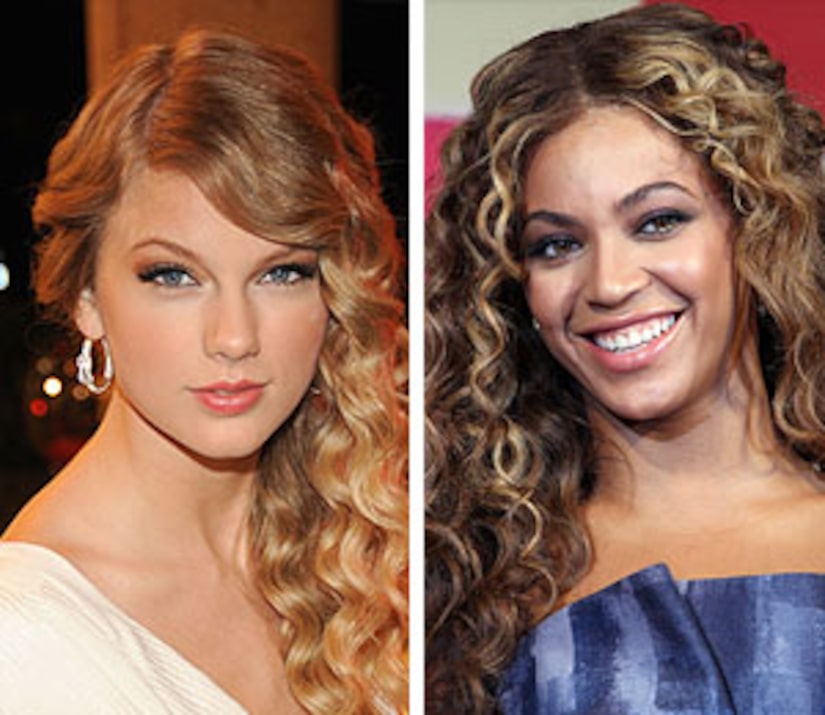 The 2009 American Music Awards is celebrating music industry's hottest talent -- but two musical superstars were noticeably absent from the ceremony.

Taylor Swift, up for six awards tonight, is currently across the pond in London, where she's performing a concert on Monday, November 23. When Swift, 19, was announced the winner of the Favorite Pop/Rock Female award, the "Fearless" singer called in to thank her fans for the award -- despite the fact that it was 2 AM in Britain! "I will never be able to say how much I love you," Swift told her fans.

Check out some of Taylor's hottest looks throughout the years

Also missing from the show? Beyoncé Knowles, who won Favorite Female Soul/R&B artist, wasn't there to accept her award.

Knowles, 28, wasn't in attendance -- but her husband, Jay-Z, performed his smash hit "Empire State of Mind" with Alicia Keys early in the show. Yankees slugger A-Rod introduced his fellow New Yorkers before their performance. Jay also won the award for Favorite Rap/Hip-Hop Male.