Former "Dancing with the Stars" finalist Melissa Rycroft and her fiancé Tye Strickland jetted to Las Vegas Friday to celebrate their joint bachelor/bachelorette parties at The Palazzo.

See which other stars are planning their weddings 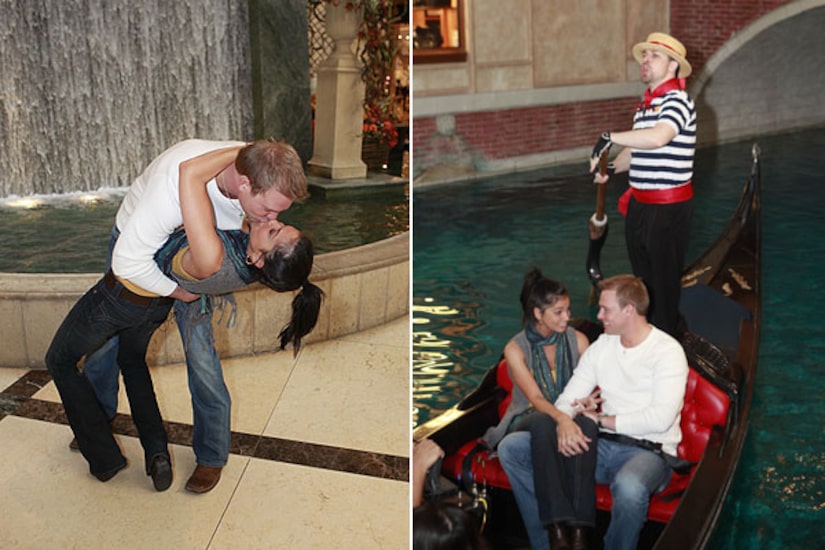 Rycroft, 26, and Strickland, 28, stayed in the Siena suite at the Palazzo with groups of friends. The former Dallas Cowboys cheerleader and her girlfriends saw the Jersey Boys at The Palazzo, while Tye and his guy friends attended a showing of Phantom -- Las Vegas Spectacular.

Check out other reality TV stars in love

Later, the ladies headed to LAVO at the Palazzo for a girls-only get-together, while Strickland and his pals headed to TAO at The Venetian. The bachelorette and her friends dined on Italian food before heading to the nightclub above the restaurant. Melissa's group took over a table on the dance floor, dancing and singing. Tye and his pals lived it up at TAO, where they ate an Asian-style meal then headed to a VIP table by the moat and stayed until the club closed. 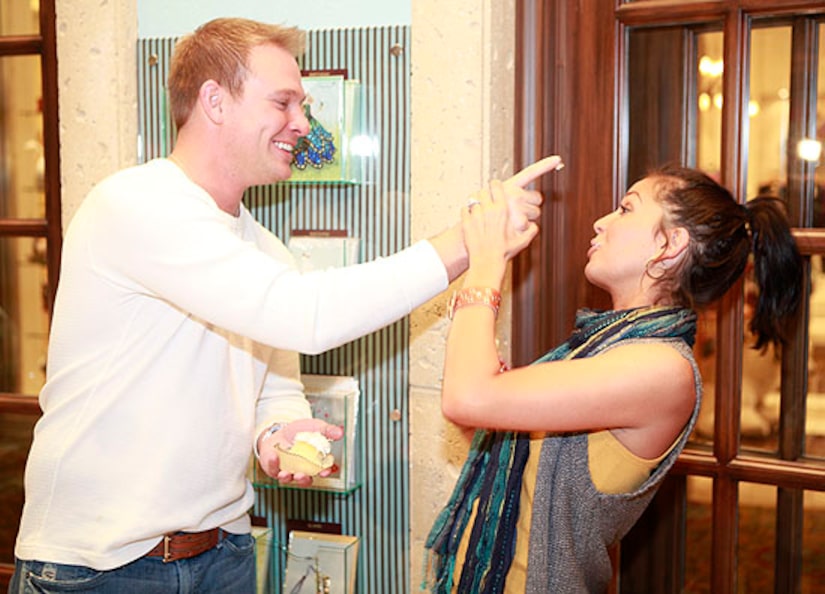 On Saturday, the couple and their friends squared off in a poker tournament -- boys versus girls. The group snacked on treats from Sweet Surrender at The Palazzo. Melissa and Tye stole time away for a romantic gondola ride at The Venetian, where they cuddled and kissed as they floated down the Grand Canal.

The former "Bachelor" star and her beau will tie the knot December 12.