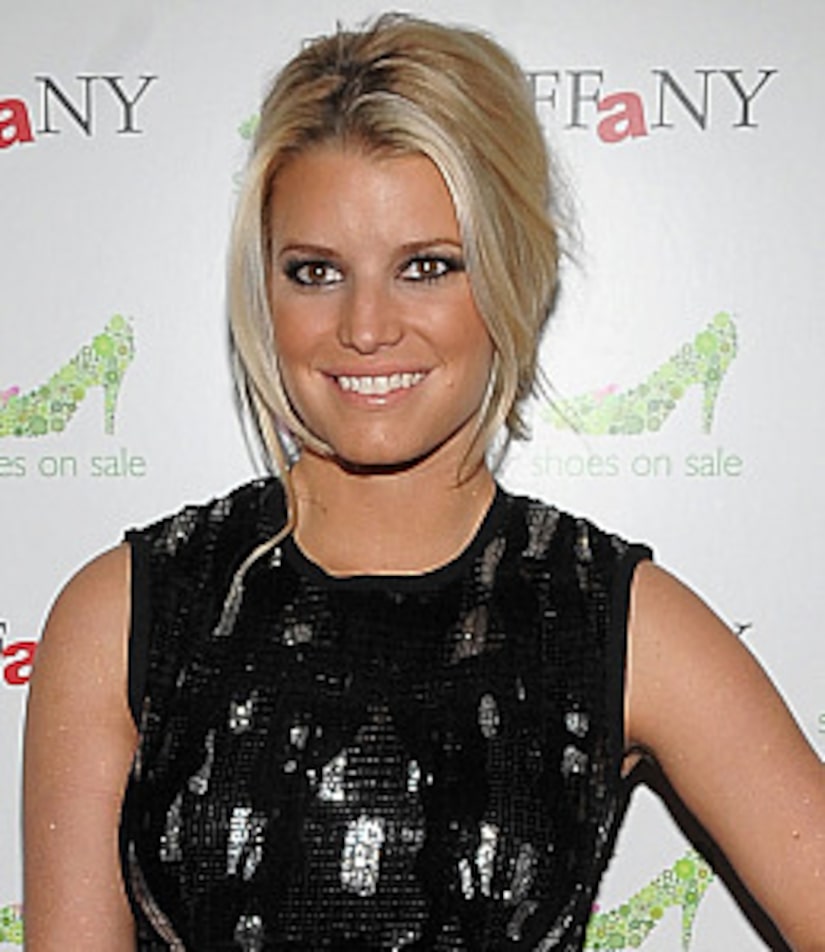 Jessica Simpson may have been dumped by Tony Romo -- but she's still his biggest fan.

The singer, 29, has been cheering on her ex-beau's Dallas Cowboys.

See how Jessica Simpson's looks have changed over the years

"Can't forget the Cowboys! Great game yesterday," she posted on Twitter Monday. The Cowboys beat the Philadelphia Eagles 20 to 16 Sunday.

"My pink jersey was nowhere in sight ;)" added Simpson, who has been criticized for jinxing Romo's team by showing up in the stands in the No. 9 jersey.

"I was screaming in my parents' TV in Dallas gear though :)," she adds.

A few minutes later, Simpson posted a shout-out to Romo, ''Tougher Than The Rest YAY 9."