Hold the baby gifts! Pamela Anderson is not pregnant. 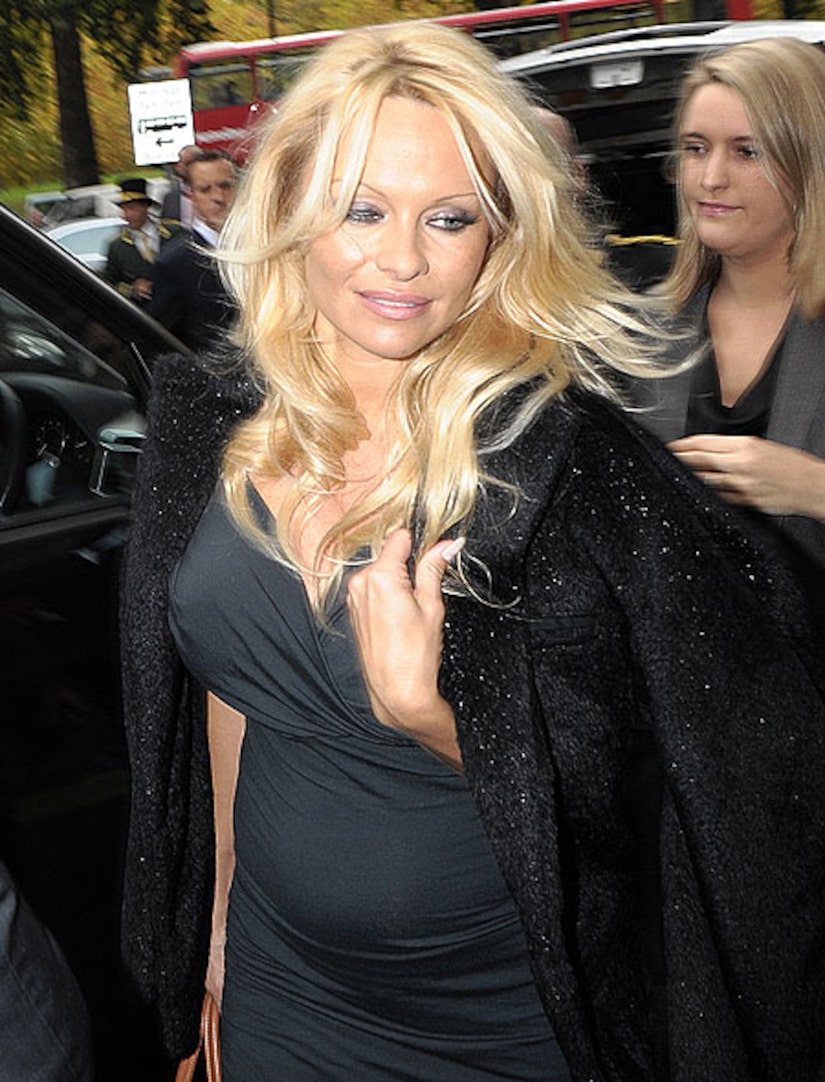 Anderson, 42, balked when Seacrest referenced Internet buzz last week that suggested the former Playmate was pregnant. Anderson admits that she hadn't heard those rumors -- and denied the baby bump story. "Chalk that up to the list of craziness," she says.

See photos of Pamela through the years

Pregnancy whispers began after a photo of Anderson with a round tummy in London surfaced on Oct. 29. The actress tells Seacrest that she's happily dating her electrician beau Jamie Padgett, saying, "He's really exciting ... we have a lot in common."