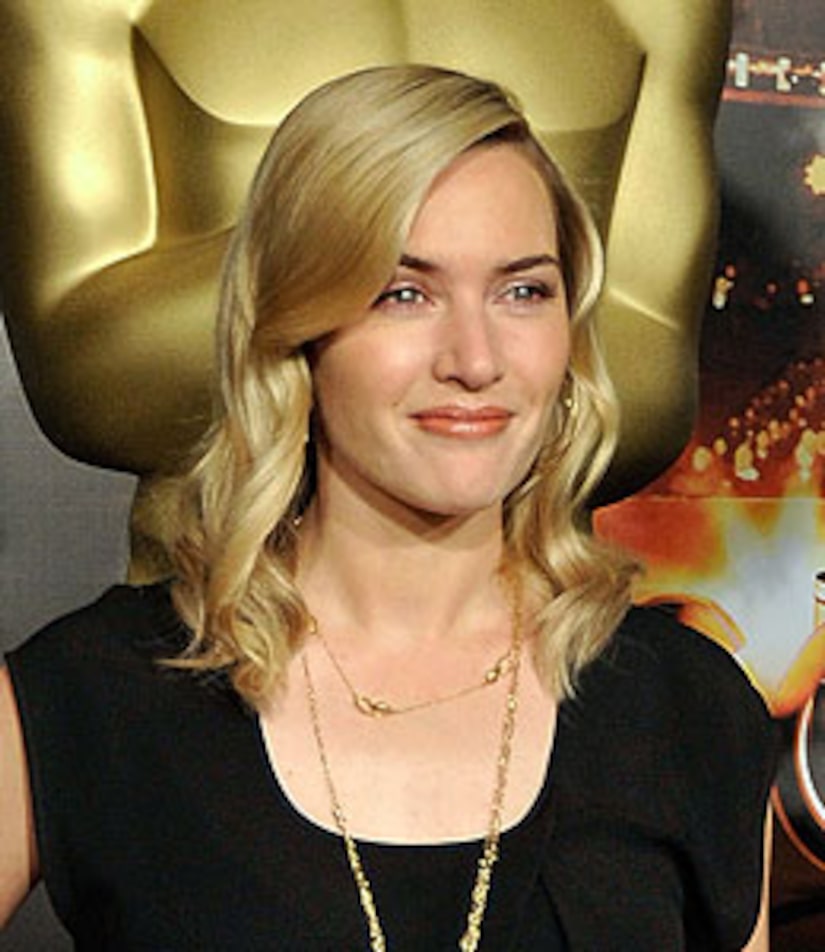 The actress was awarded 25,000 pounds (roughly $40,000) from the UK's Daily Mail after London's High Court ruled on Tuesday that the tabloid was guilty of libel. The Mail printed a story about Winslet, 34, earlier this year dubbing her "the world's most irritating actress."

See photos of Winslet and her fellow 2009 Oscar winners

The publication also accused Winslet of lying about her exercise regime to Elle magazine, where she revealed, "I don't go to the gym because I don't have time, but I do Pilates workout DVDs for 20 minutes or more every day at home. "

Winslet, an outspoken critic of Hollywood's pin-thin frames, says in a statement that she was "particularly upset to be accused of lying about my exercise regime and felt that I had a responsibility to request an apology in order to demonstrate my commitment to the views that I have always expressed about body issues, including diet and exercise."

Check out a photo gallery of skinny stars

Winslet adds, "I strongly believe that women should be encouraged to accept themselves as they are, so to suggest that I was lying was an unacceptable accusation of hypocrisy."

The Daily Mail published an apology to Winslet in September, acknowledging that Winslet had not lied about how much she exercised, and agreed to pay damages and costs to "The Reader" star. Winslet said of the settlement, "I am delighted that the Mail have apologised for making false allegations about me."