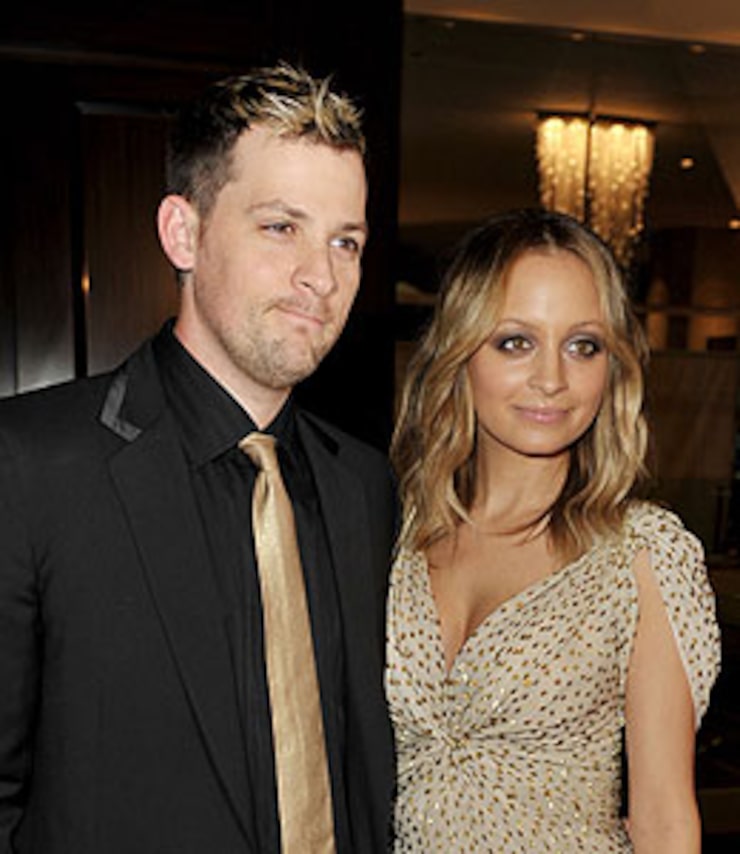 Rocker Joel Madden and girlfriend Nicole Richie are blasting a report that says they secretly tied the knot.

"I keep getting emails from old friends and family asking about a wedding," the Good Charlotte frontman writes on his website. "NO, we didn't get married."

A new report today states that the couple, parents of Harlow and Sparrow, said "I do" during an intimate ceremony on October 14. The article also suggests that Nicole's decision to marry her beau was sparked by the death of her ex-fiancé, Adam Goldstein.

While the twosome is in no rush to walk down the aisle, Nicole revealed in May that she and her man will marry "eventually," but their focus is now on their brood.