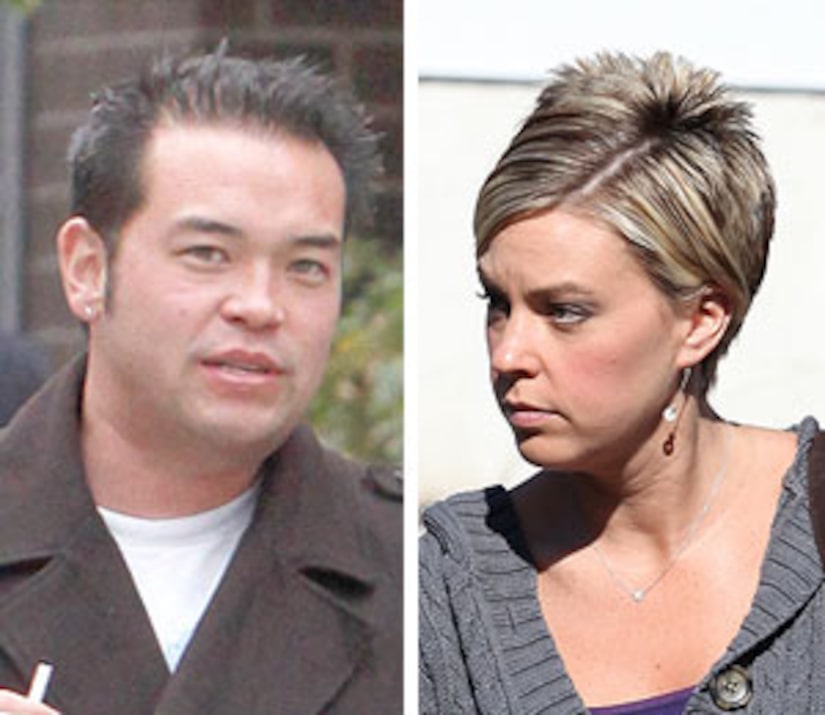 Just two short years ago, Jon Gosselin and his wife Kate were two Pennsylvania parents struggling to raise their brood on "Jon & Kate Plus 8" -- my, how things have changed.

The reality couple -- who announced their divorce earlier this year -- has been splashed across tabloid covers all year, with paparazzi watching the estranged pair's moves every step of reality TV way.

Jon, who received pity from fans when he took "abuse" from Kate, has completely transformed his image. The father of eight took a break from daddy duty to hang out on designer Christian Audigier's yacht, party in bars and allegedly hook up with a bevy of women -- Kate Major, Hailey Glassman and Stephanie Santoro. Gosselin denies the allegations of sexual exploits.

According to VanityFair.com, Jon truly believes he's a celebrity -- a far cry from the househusband who used to be okay with taking a back seat to Kate. "I think Jon lost his identity," a TLC show source revealed. "He was like, 'Look, I don't like this fame. I hate this.' And Kate was like, 'It's funny, I hated the fame and now I'm liking it.' She was the star. Jon acknowledged on the show that she was the one who had the writing, the books, the career. This is a classic story of people growing apart."

The exes, who have now vowed to stop trashing each other, blamed each other for the demise of their marriage. A Jon source tells Vanity Fair that the reality dad tried to make it work, but Kate called it quits in October 2008. "She had grown out of him, she was done with him, and she no longer wanted to be with him.' She said, 'I don't even know why I married you in the first place.'" Kate's rep tells VF that the once very public Kate is taking the high road -- and not discussing divorce details.

TLC, who fired Jon and is suing him for breach of contract, has currently suspended filming on "Kate Plus Eight."

The Jon and Kate Jabs Collection