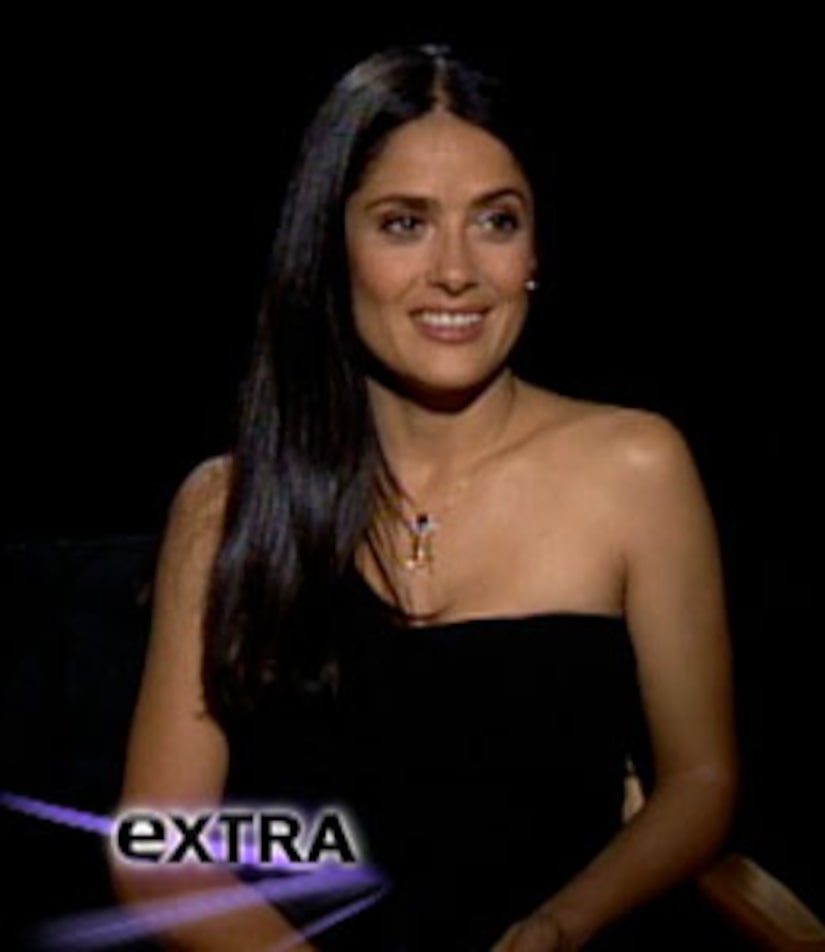 Sexy Salma Hayek is one of Hollywood's hottest actresses, but Hayek tells "Extra" she didn't mind "manning-up" for her new role.

Salma stars as bearded beauty Madame Truska in "Cirque du Freak: The Vampire's Assistant" -- and says she was drawn to the film because of the quirky character. "I really like the script and the film. I really loved my character and she just happens to have a beard. It could have been any other type of freakiness, I would have still done it."

Hayek also joked to "Extra" about the facial hair she sports in the flick. "I can will my beard to grow. But If I get really excited, my hormones go crazy and I have no control over it and it just grows."

Hayek, welcomed daughter Valentina Paloma in 2007, and says she accepted the role because it offered a nice balance between work and being home with her little one. "I made a wish for something really specific and it just landed on my lap. I was ready to get back to work but I didn't want to work too hard because of the baby." She adds of life as a mom, "I'm exhausted but I'm very happy."

Salma recently brought the laughs on "30 Rock," but won't return to the hit comedy series. "I can't. I'd love to because we had so much fun. I have to move on because I'm doing other things." She confirms her new projects, saying, "I am producing 'Ugly Betty.' We are developing other television shows and a couple of movies -- for the production company, not for me to act in them."