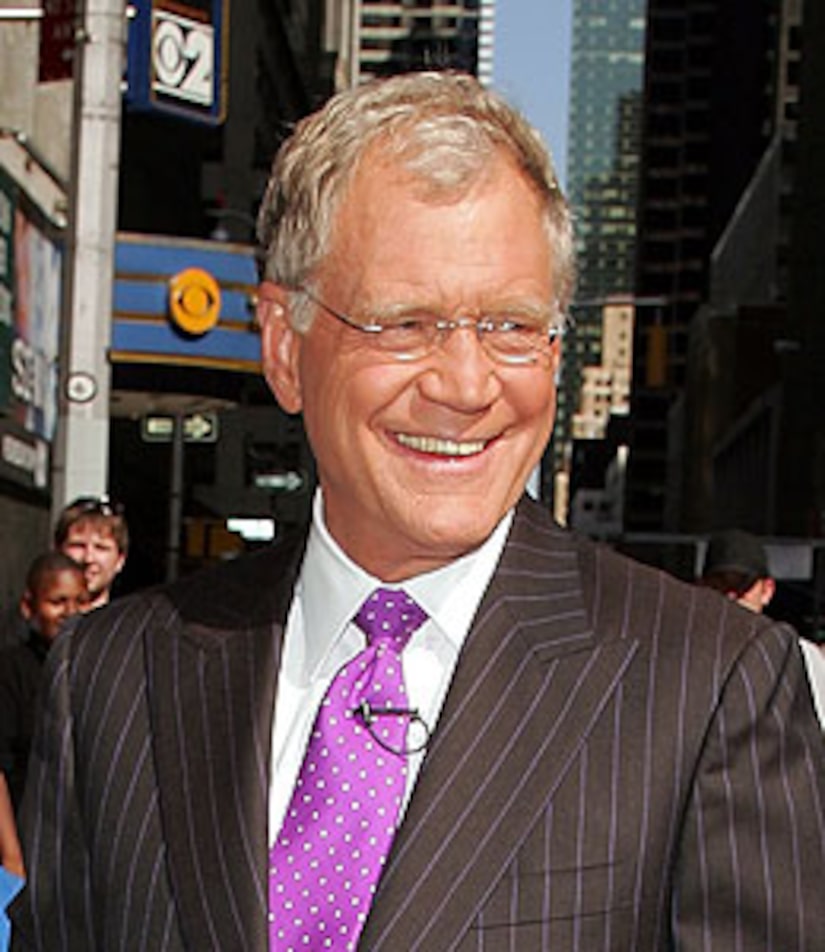 New details have emerged about the attempt to extort money from David Letterman. Suspect Joe Halderman threatened to make public the correspondence between the "Late Show" host and his former assistant Stephanie Birkitt, as well as Birkitt's diary.

According to a search warrant obtained by Fox 5 New York, Letterman -- referred to as "Client 1" in the documents -- received a package full of treatments for a screenplay revolving around Letterman's alleged sexual relationship with Stephanie, as well as excerpts from parts of Birkitt's diary and correspondence belonging to her. Stephanie is Halderman's girlfriend. It is not clear when Dave's alleged relationship with Birkitt began, or how long it lasted.

According to Radar Online, Birkitt and Halderman met at CBS 15 years ago, and became romantically involved after Halderman divorced his wife. During their relationship, Stephanie allegedly 'fessed up to sleeping with Dave before the "Late Show" host married his girlfriend Regina and welcomed son Harry.

Stephanie, who has worked with Letterman for nearly a decade, is allegedly "mortified" that details of her trysts with the comedian were used by Joe in an attempt to extort millions. A source close to Birkitt tells the website that she had no idea about the extortion scheme.

Joe also allegedly told Letterman that he would publish a book about the affair, as well as incriminating photos, letters and email -- unless the talk host forked over $2 million. On September 30 -- after two meetings with undercover agents -- Halderman was presented with a phony check for the money he requested. He was later arrested and charged with attempted grand larceny.

On his show Thursday night, Letterman admitted that "this whole thing has been quite scary... because there's something insidious about (it). Is he standing down there? Is he hiding under the car? Am I going to get a tap on the shoulder?" Dave then told the crowd he came forward because "I was worried for myself, I was worried for my family... I felt menaced by this, and I had to tell them all of the creepy things that I had done."

CBS confirmed that Halderman, who works on "48 Hours," has been suspended from his position with the network. CBS also released a statement saying that Letterman's "comments speak for themselves."

The Manhattan district attorney, who helped capture Halderman, is expected to speak at a news conference this morning.

Check out clips of Stephanie on "The Late Show" below: