Patrick Swayze's Hollywood pals are expressing their condolences to the "Point Break" star's family and friends. 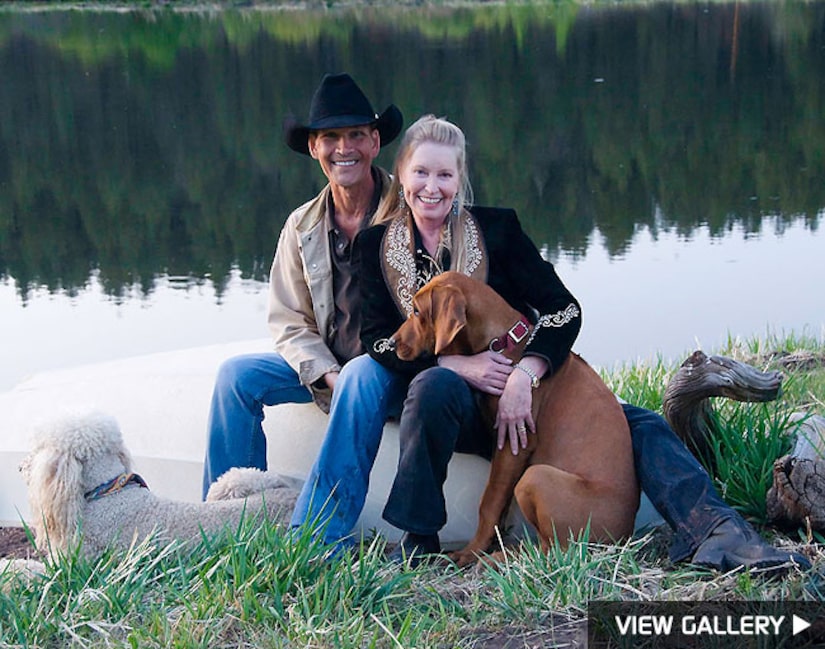 Governor Arnold Schwarzenegger: "Patrick Swayze was a talented and passionate artist who struck a memorable chord with audiences throughout the world. He played a wide range of characters both on stage and in movies and his celebrated performances made the hard work of acting look effortless - which I know from experience is not easy. As a fan and as an actor, I admired Patrick and I know that he will be dearly missed. On behalf of all Californians, Maria and I send our deepest condolences to Patrick's family, friends and fans."

A&E Network: "We are saddened by the loss of one of our generation's greatest talents and a member of the A&E family. Patrick's work on 'The Beast' was an inspiration to us all. He will be greatly missed and our thoughts are with his wife Lisa and his entire family during this difficult time."

C. Thomas Howell, who starred with Swayze in "The Outsiders"; "Red Dawn" and "Grandview, U.S.A.": "I have always had a special place in my heart for Patrick. While I was fortunate enough to work with him in three films, it was our passion for horses that forged a friendship between us that I treasure to this day. Not only did we lose a fine actor today, I lost my older "Outsiders" brother. My heart goes out to not only his entire family, but all his fans as well."

Rob Lowe: "He played my brother in 'The Outsiders' when I was 17. Tonight I lost a brother."

Travis Fimmel, Patrick's co-star on "The Beast": "He was an inspiration, a gentleman and I was blessed to have worked with him and even more blessed to have called him my friend. My heartfelt condolences go out to his wife Lisa and their family."

Lea Thompson, who starred with Swayze in "Red Dawn": "I always had a special bond with him because we were both dancers. I understood his dedication and commitment and how hard he would work. I was amazed at his spirit because when I did 'Red Dawn' with him he was our leader and he really took that to heart. We had a lot of fun and he would make sure we would always do our best as actors. I really admired his discipline and fun loving sense of humor. He will be deeply missed."

Gary Busey: "Patrick Swayze was a kindred spirit and a spiritual brother of mine. His focus was center target and his purpose was with faith, kindness, grace, understanding, and love. Patrick Swayze's book of life will never be over because he's moved on to the spiritual plateau where life is forever."

David Hasselhoff: "He was an amazing man with an amazing spirit. He went out like a champ."