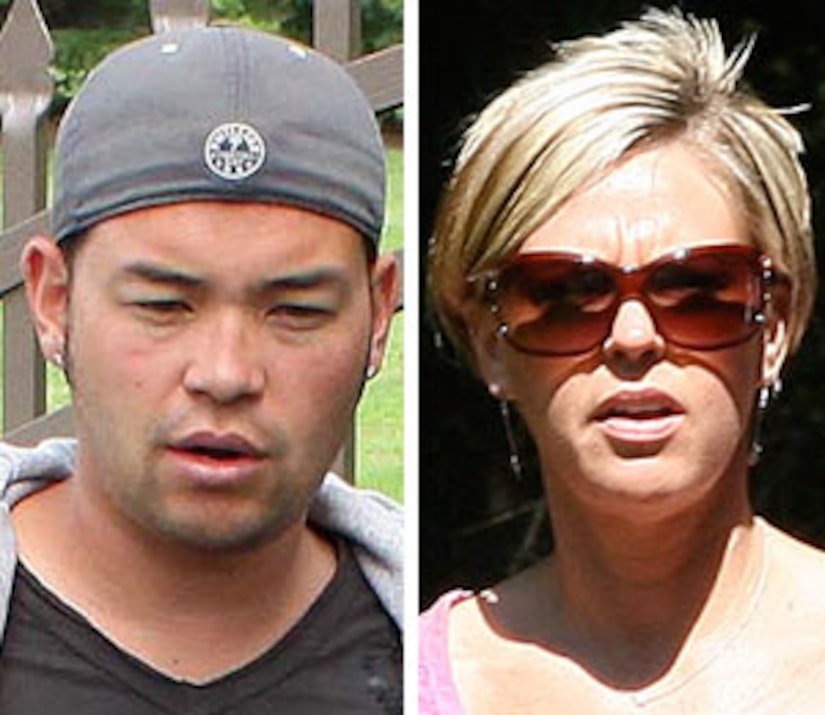 Estranged reality parents Jon and Kate apparently have nothing left to say to each other, but Jon took the opportunity during a recent sit-down to blast rumors about his relationship with his ex.

Jon revealed on "Good Morning America" that things between the exes have gotten so bad that they can't even be in the same room together to film the show. "We film it separately," Jon admitted. "She has her film crew. And I have my film crew. But I can't sit on the sofa with that woman. I can't sit on the couch next to someone I despise... I despise [her] because she's not speaking from the heart," he said, adding, "Please -- the stuff you tell me in private should be the stuff you tell me on TV (sic)."

Kate released a statement to ABC regarding how she feels about revealing her personal life with Jon. "While I certainly have a very different perception of how our marriage dissolved, for the sake of my children I maintain that I'm not going to go into details of aspects I believe should remain private."

Gosselin also slammed his ex for using her wedding ring -- which she still wears -- to elicit sympathy from the public. "I think she still wears the ring for public perception," he said. "I don't wear my ring because she took my ring. I don't have it." Jon added, "So I laid it down one night. It was gone. Who else would take it? I checked all the -- underneath my kids' pillows. That's where everything ends up in the house anyway. So it wasn't there."

Jon, who is dating 22-year-old Hailey Glassman, defends the relationship with Kate's doc's daughter -- and maintains he was never unfaithful to Kate. He believes their marriage "will never be fixed." He said, "I didn't leave Kate for Hailey. People think I left Kate for Hailey... because of the time frame and what they printed in the tabloids. You can't control who you love. I strongly believe that. You cannot control that. It's two people joined together." 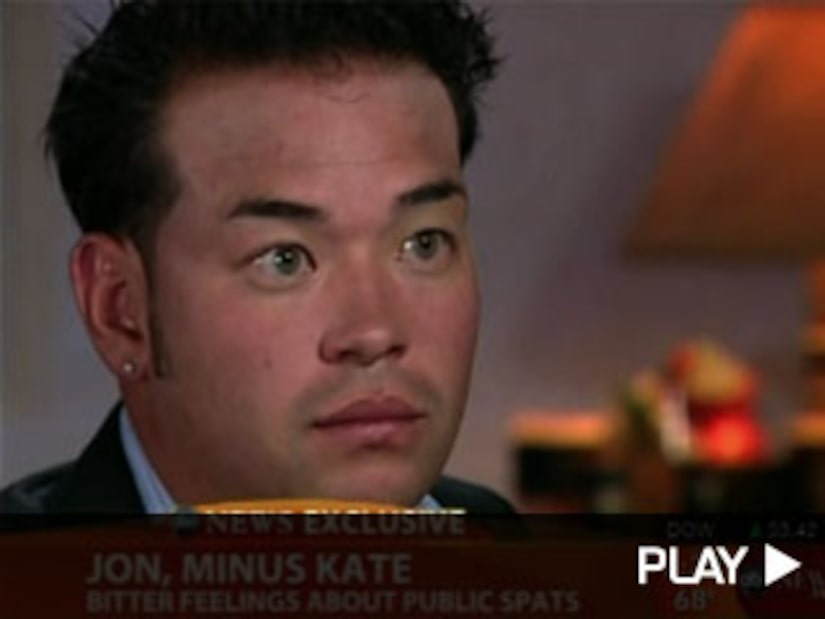 Jon gushed about Hailey, "I get encouragement from her, I get respect from her -- two things that a man needs. This is someone, I mean, like soul mate -- like people joke about that. But I'm not joking about that."

Gosselin also denies romantic relationships with Deanna Hummel, whom he calls "a friend," and Kate Major, the ex-Star magazine reporter who claims to have "fallen" for the reality dad after a whirlwind romance. The father-of-eight does wonder whether rumors about Kate romancing bodyguard Steve Nield are valid. "I speculate, but I don't know -- that's a general feel. You know, almost like when they were traveling together, I felt jealous. Here, I'm Mr. Mom. And then there's some other guy traveling with my wife. Whether it's protection or not, it's all in -- it's in the back of my mind."

Despite their differences, Jon admits that he will always "love Kate as the mother of my kids. But to tell you right now, at this point of what's going on, I do not love Kate."