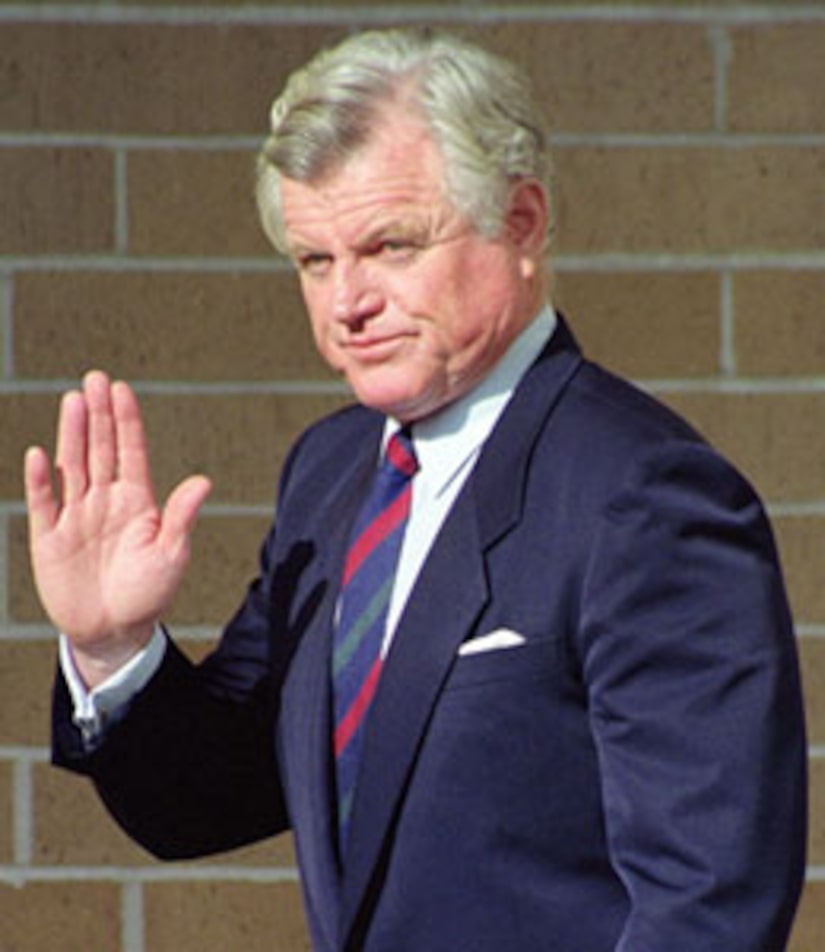 In the book leak of the year, The New York Times has gotten hold of a copy of "True Compass," Sen. Ted Kennedy's 532-page memoir to be released Sept. 14.

Ted called his behavior "inexcusable" after the Chappaquiddick crash that killed Mary Jo Kopechne, saying he was "dazed, afraid and panicked," following the accident, reports the Times. The senator left the scene and didn't report the accident until the next day, and admits that he "made terrible decisions," and that he was not romantically involved with Kopechne.

The book apparently does not avoid the controversial aspects of the senator's life -- including the 1991 drinking scandal with his nephew in Palm Beach, or years of carousing following his divorce from Joan in 1982. Ted even addresses how the tabloids covered his life, describing some accounts "totally false, bizarre and evil theories."

The publishers were unhappy with the leak and released a statement. "We regret that the New York Times did not respect the September 14th release date of 'True Compass,' which was carefully coordinated with the senator's family," said Cary Goldstein, a spokesman for Twelve. "That copy was obtained without consent or permission from Twelve -- or if it was somehow purchased, then it was sold illegally."

Publication of the book (by the Twelve division of Hachette Book Group) was moved up because of the senator's illness. It was written with Ron Powers and is based on the senator's own notes and an oral history he recorded for the University of Virginia.

The senator married twice — he wed Virginia Joan Bennett in 1958, and later divorced. He wed Victoria Reggie Kennedy in 1992.

Best of the Rest

Kennedy was named one of “America's 10 Best Senators” in 2006 by Time magazine.

In 1964, Ted was in a plane crash in which the pilot and one of Kennedy's aides was killed.

In 1968, Kennedy made headlines when a car he was driving went off a bridge in Martha's Vineyard, killing Mary Jo Kopechne, a staff member of Robert Kennedy's 1968 presidential campaign. Kennedy was able to swim to safety, but Kopechne drowned. As a result, Kennedy suffered from back pain until his death over 40 years later.

Battle for the White House

In 1980, Kennedy ran against incumbent Democratic president Jimmy Carter. He lost the race.

All three of Teddy's children have had medical problems — Edward Jr. lost a leg to cancer, Kara survived lung cancer, and Patrick has had problems with alcohol.

Lion of the Senate

More than 300 bills written by Kennedy and his staff have been enacted into U.S. law.

Teddy fought a life-long battle to improve health care in the United States, a fight triggered the injuries he sustained in the plane crash.

After his brothers' deaths, Ted Kennedy took on the role of surrogate father for their 13 children.