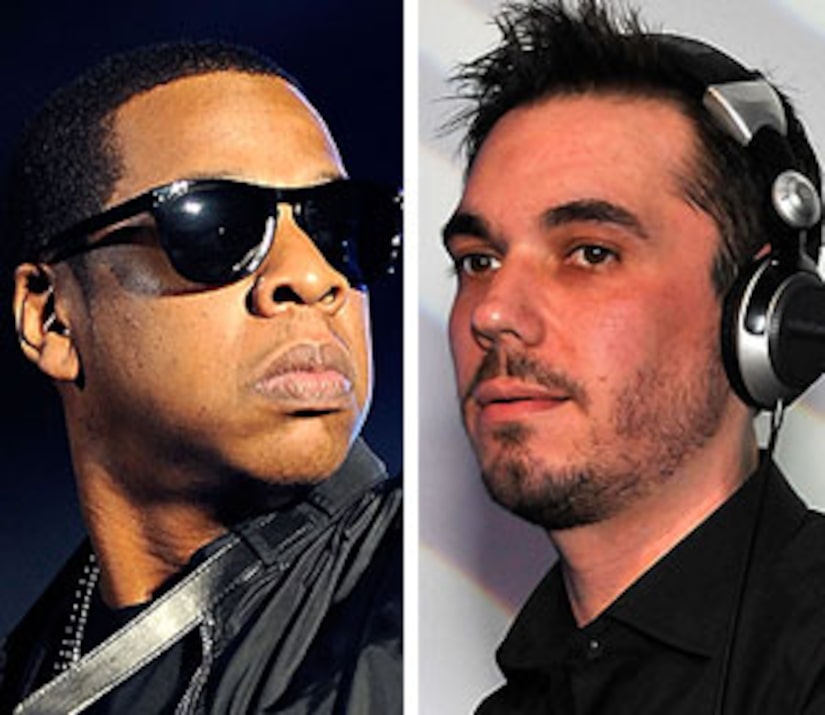 Rapper Jay-Z was the first musician to take the stage with DJ AM after the plane crash -- and tells "Extra" that its "tough" accepting DJ AM's death less than a year after the tragedy.

"As someone that survived such a tragic event and then a year later not be here -- it's really tough," Jay-Z tells "Extra." Rihanna, Jay's protégé, was also shocked to hear about the deejay's passing, looking stunned as paparazzi broke the news to her over the weekend.

Despite Adam reportedly being "heartbroken" over his split with ex-girlfriend Hayley Wood a few weeks ago, new reports today claim that the spinner did not commit suicide -- and most likely died of an accidental drug overdose.

AM's body was reportedly discovered by authorities next to a crack pipe, a bag of crack cocaine, and a bottle of Xanax, which he allegedly got hooked on to calm his anxiety about flying after the tragic Learjet crash last year.

Adam's friend and fellow disc jockey DJ Scotty Boy often performed at the Palms Resort and Casino with Adam, but tells "Extra" that he never thought Goldstein was using again. "Ever since I've known him he's been clean and sober," the DJ explained. "He wasn't that type. He wasn't the party guy -- it's hard to believe."

DJ AM was scheduled to play at the Palms the night of his death, and in his honor, the letters P, L and S of the "PALMS" sign were turned off to pay tribute to AM.