Estranged couple Kate and Jon Gosselin reunited yesterday to send twins Cara and Mady off to their first day of Third Grade. 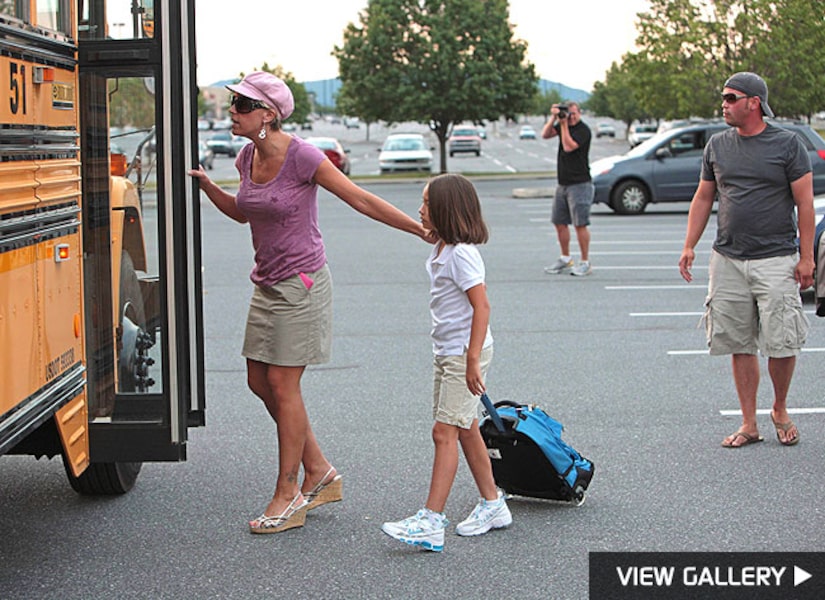 "They're all jazzed up about riding on the bus," Jon said of the twins. "I'm happy too, because now I don't have to drive them to school."

The youngest Gosselin kids, the sextuplets, are also heading off to junior kindergarten -- and their father revealed that the 5-year-olds aren't nervous as long as they have each other. "They use each other as a security blanket -- so as long as they're all going, [they're not nervous]. If I would send, like, one, they'd probably freak out."

Both Jon and Kate were snapped hugging and kissing the girls as they hopped aboard the school bus -- but the exes kept their distance, pointedly ignoring each other.