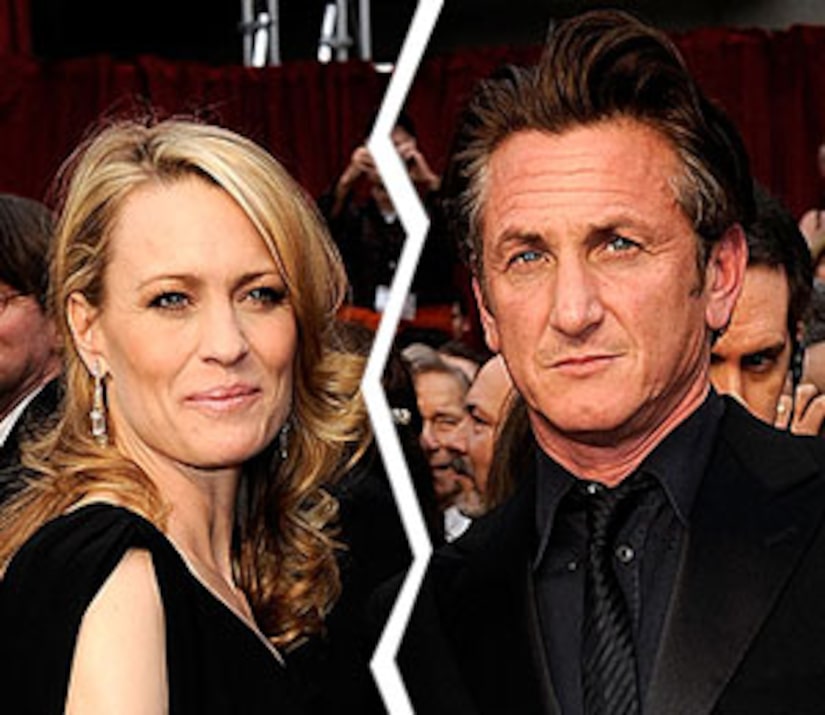 It's over -- again. Robin Wright Penn has filed for divorce from hubby Sean Penn. The "Milk" star and Robin wed in 1996, and have initiated divorce twice in the past.

The legal documents filed in California and obtained by People magazine cite the reason for the split as "irreconcilable differences." According to the papers, both Robin and Sean have "already agreed to shared custody" of their son, Hopper Jack, 16. The couple has also agreed on the division of assets. Robin is not seeking spousal support.

Robin recently revealed to More magazine that she has no plans to reconcile with her husband, saying, "I hit that crossroad awhile ago -- I know what I don't want." Still, Wright Penn doesn't regret her marriage to Sean. "I have no regrets. I, we, have two amazing children we raised together."

In addition to son Hopper, they have a daughter, Dylan Frances, 18.