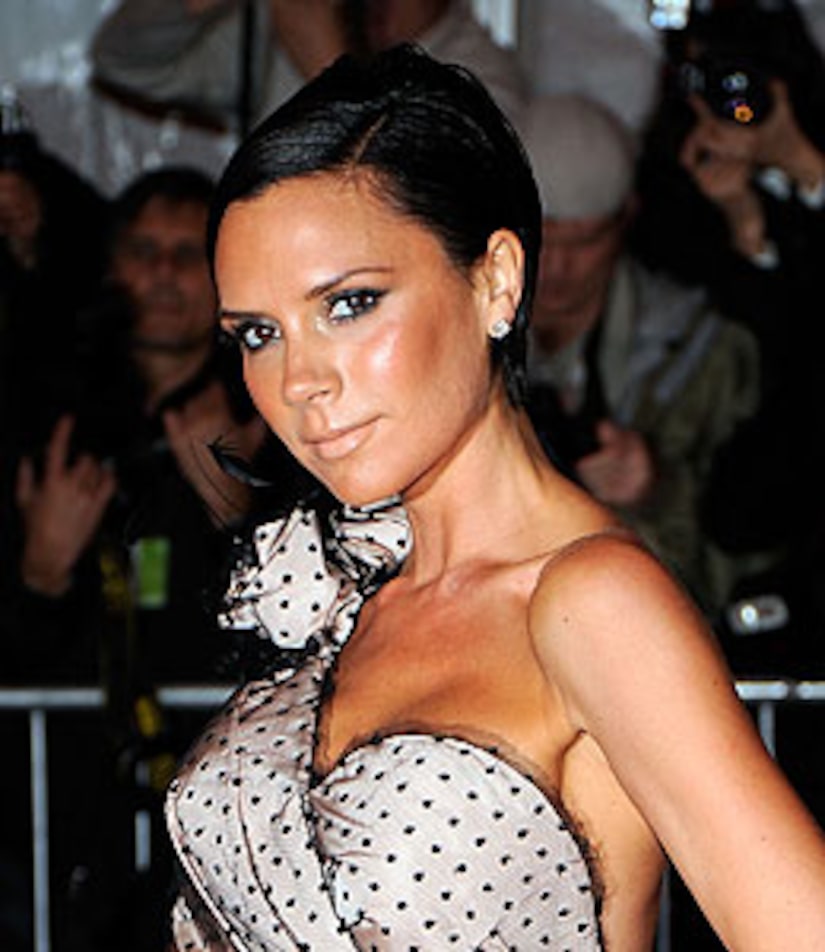 Move over Paula -- rumor has it that Victoria Beckham may be at the "American Idol" judging table for good!

Posh joined the "Idol" judges for the Denver auditions, where she admitted to "Extra" that she had first-day jitters. "My heart is about to jump out of my throat, so I guess that makes me nervous, right?! Petrified, petrified." She added, "I'm just so happy to be part of the show -- I'm such a huge fan." When asked about the rumors that Victoria could become a permanent judge, a rep for the star replied, "There are no talks of her being a permanent judge. They felt she was natural in Denver, did well with contestants."

Now, Beckham could be solidifying her spot on the judging panel. Spies reveal that Victoria flew with Simon, Randy and Kara to Boston as well -- and if confirmed, it would be the first time a guest judge appeared at more than one audition.

A new report adds to the rumor mill today, claiming that Beckham took private lessons to soften her accent and her pouty expressions for the show -- but a rep for Victoria shoots down these claims, saying, "This is completely false and totally ridiculous."