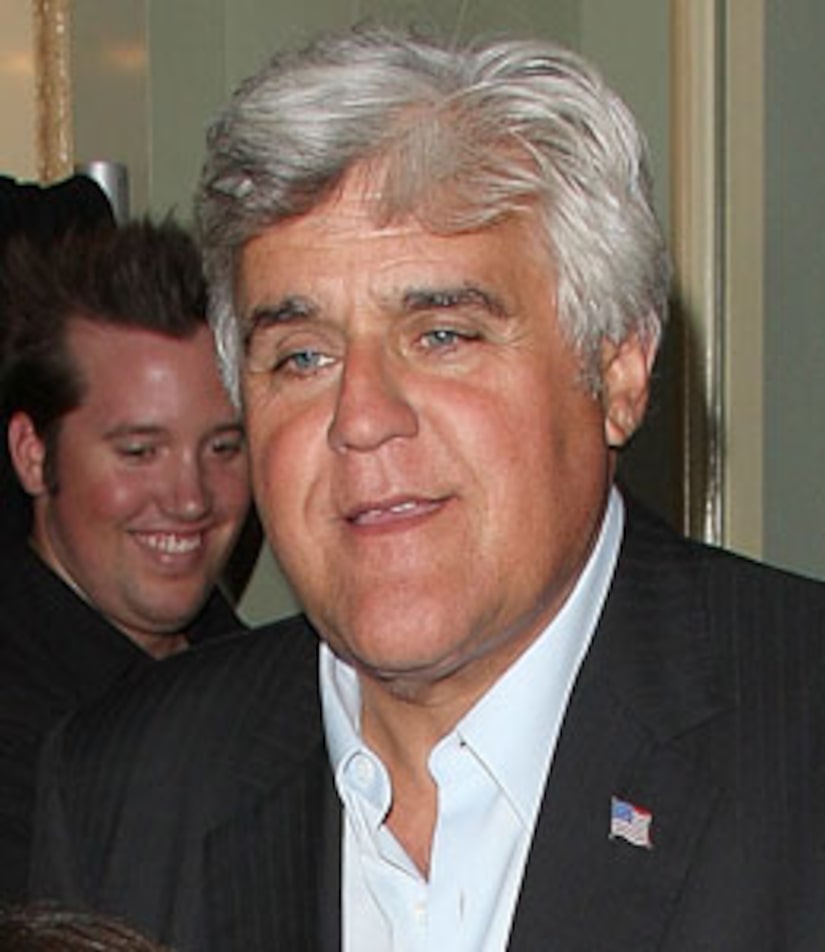 Jay Leno tells "Extra" he's dropped a few pounds and is ready to premiere "The Jay Leno Show" this September!

Leno lost 12 pounds, but he insists, "I'm not ripped! I'm just trying to lose a few pounds and get in shape." He also denies rumors about a $30-million paycheck, "Nah, I'm not making that much money. But it's good money!"

Jay confirms Jay-Z, Rihanna and Kayne West will perform the new track "Run This Town" on the premiere episode on Sept. 14. He also says, "We built a racetrack behind our set. Then we'll have these green cars to see who the fastest green celebrity is."

Since Paula Abdul left "American Idol," "Extra" asked if he perhaps had a job for her on the new show. He answered, "I like Paula, but I wouldn't go that far."

The comedian also says there's no bad blood between himself and Conan O'Brien. Leno left "The Tonight Show" in May after 17 years as host.