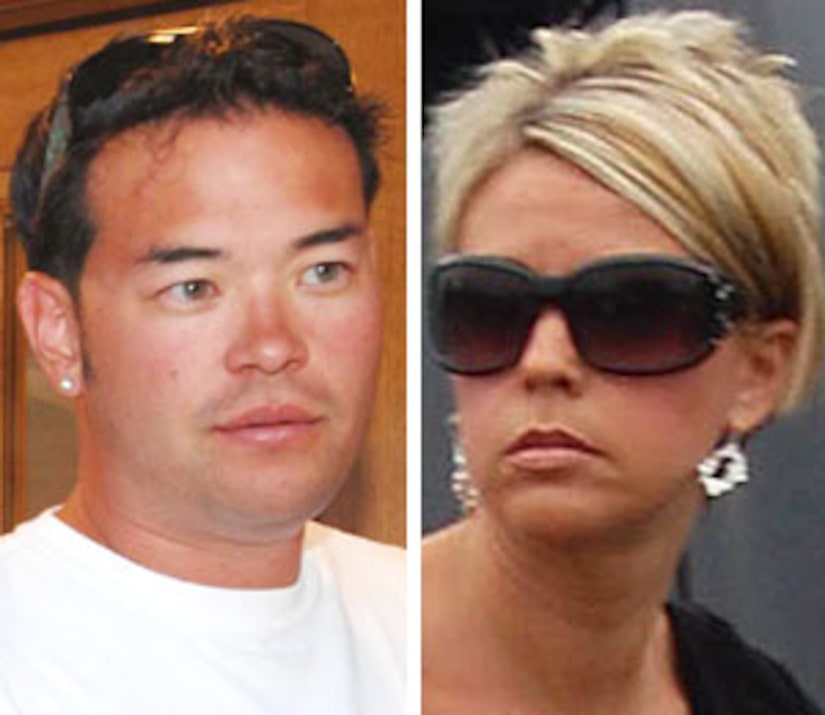 A revised "Jon & Kate Plus 8" returned to TLC on Monday night after a brief hiatus. The reality show took a break after Kate and Jon Gosselin announced their divorce in June.

Two episodes featured Kate in different bikinis with the kids while vacationing in Bald Head Island, North Carolina. Their trip was planned to escape the family's kitchen renovation in their Pennsylvania home.

"It's kind of strange we're remodeling our kitchen in the middle of our separation, but it's something that we already planned beforehand," Jon said, adding the home improvements were "really for [the kids]."

Jon admitted, "I think Kate and I needed a break from each other. This landed at a good time. Kate could take the kids to the beach, and I could stay here and supervise cabinet construction."

Kate confessed to cameras, "Many times every day it occurred to me this was minus Jon. It was a constant thought on my mind." The mom of eight sat in an arm chair during confessionals instead of the loveseat the couple used to share when talking to the cameras. "While the kids had a great time, they mentioned numerous times they wished daddy could have been there," she said.

Jon was absent in the second episode where Kate and the kids enjoyed camping and swimming in their backyard.

"This was my first official turn with the kids. It didn't feel very different," Kate said, adding, "It's a very difficult time right now. Those words don't even cover it. My goal is to make it as easy and painless for the kids."