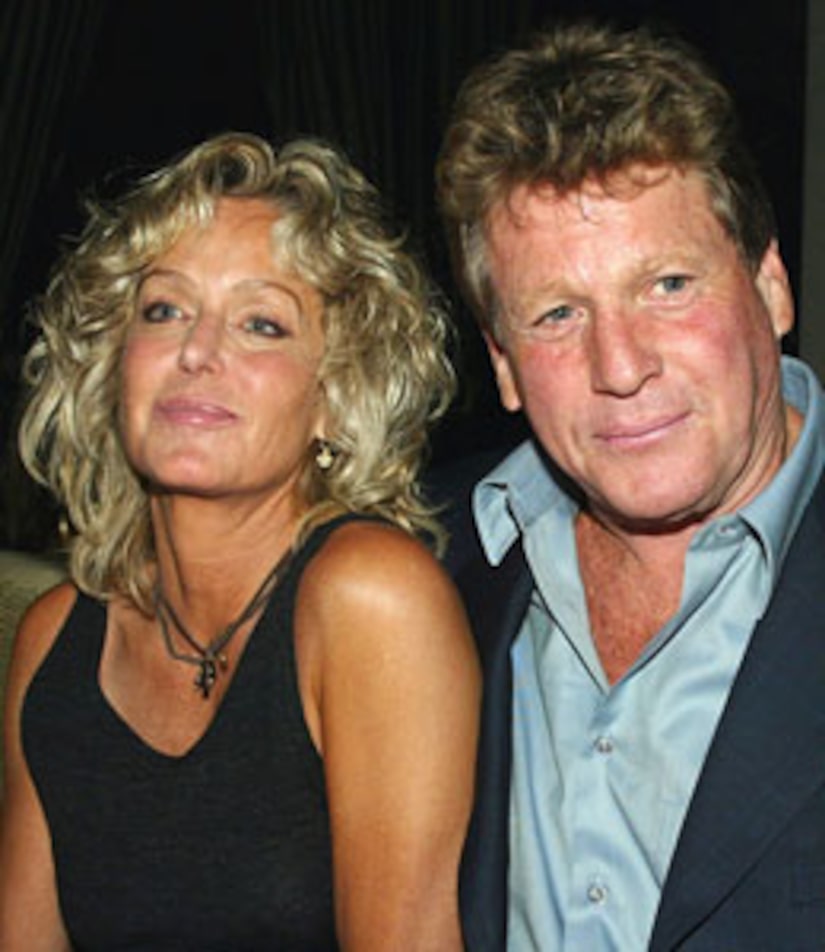 Ryan O'Neal is speaking out for the first time since his longtime partner Farrah Fawcett died on June 25.

Fawcett's close friend Alana Stewart and O'Neal had gathered at the "Charlie's Angel's" bedside at St. John's Heath Center in Santa Monica when Fawcett's doctor Lawrence Piro "thought she would live just another couple of hours -- she lived a couple of days," O'Neal told Vieira.

O'Neal said the couple's son Redmond was able to speak to Fawcett by phone in her final days. The 24-year-old is serving time at the Pitchess Detetion Center in Castaic, Calif. for violating probation on a previous drug conviction. "I held the phone to her ear, so I'm not exactly sure, but I think it was about regret," O'Neal said.

Redmond hadn't seen his mother since a court-approved leave in April. "He is her legacy," O'Neal explained. "And he knows that, finally. It's clear. And he has a plan -- a wonderful plan in mind to restore order in his live. And he will, with my help," he added.

O'Neal hopes to answer the many condolence letters from Fawcett's fans. "I'm answering them. Every one," he said.