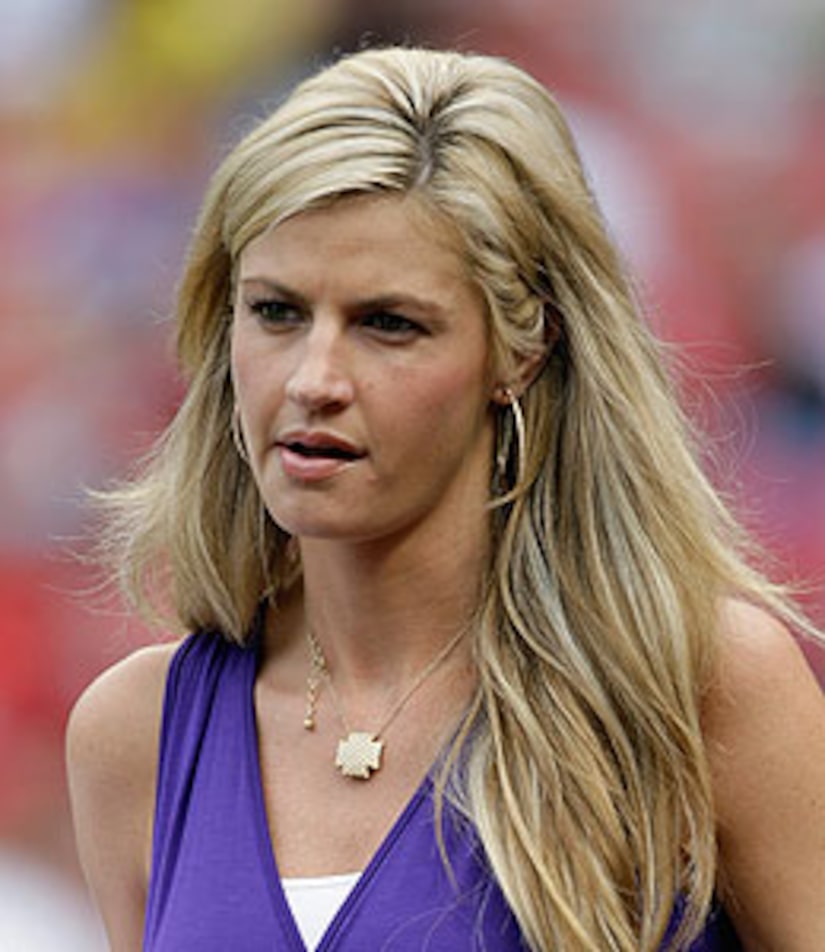 ESPN beauty Erin Andrews was disgusted to learn that a peeping tom secretly videotaped her naked in a hotel room -- but has the video been available to watch online for months?

Unfortunately, believe it! According to Internet reports, the sneaky footage was uploaded and available for five months before Erin found out about it.

The video was reportedly uploaded to a French site back in February and has been available via Google search since then.

UPDATE: Andrews has announced that she is considering legal action against the peeping tom, if and when his or her identity is revealed.

"While alone in the privacy of her hotel room, Erin Andrews was surreptitiously videotaped without her knowledge or consent. She was the victim of a crime and is taking action to protect herself and help ensure that others are not similarly violated in the future," Erin's lawyer, Marshall B. Grossman, said in a statement.

The statement continues: "Although the perpetrator or perpetrators of this criminal act have not yet been identified, when they are identified she intends to bring both civil and criminal charges against them and against anyone who has published the material. We request respect of Erin's privacy at this time, while she and her representatives are working with the authorities."