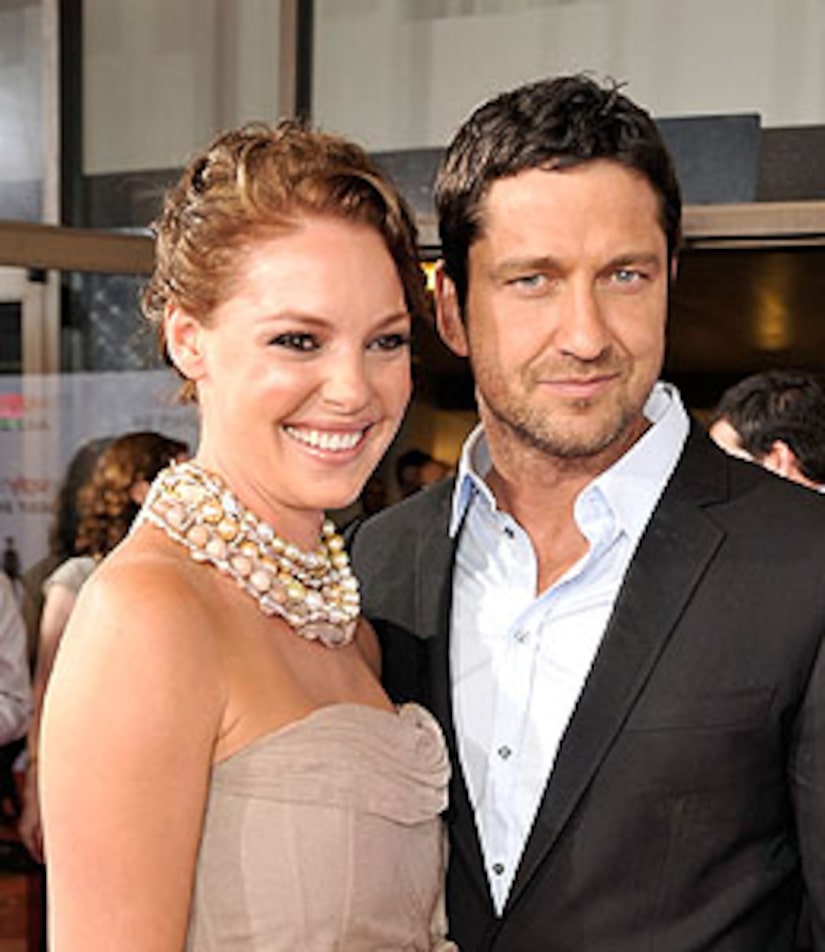 Katherine Heigl and Gerard Butler were forced to evacuate a Los Angeles hotel due to a bomb threat while promoting their flick, "The Ugly Truth."

According to People magazine, Katherine and Gerard had to quit their film promotion at the Four Seasons Hotel Los Angeles and evacuate with 400 other guests after a bomb threat was called. The actors mingled outside with fans for two hours before heading to the Il Cielo restaurant nearby. Butler was also spotted taking pictures with members of the AC Milan soccer team, who are in town to take on the Los Angeles Galaxy on Sunday.

The hotel reopened two hours after the bomb scare, after police confirmed that there were no unattended packages or luggage on the premises.