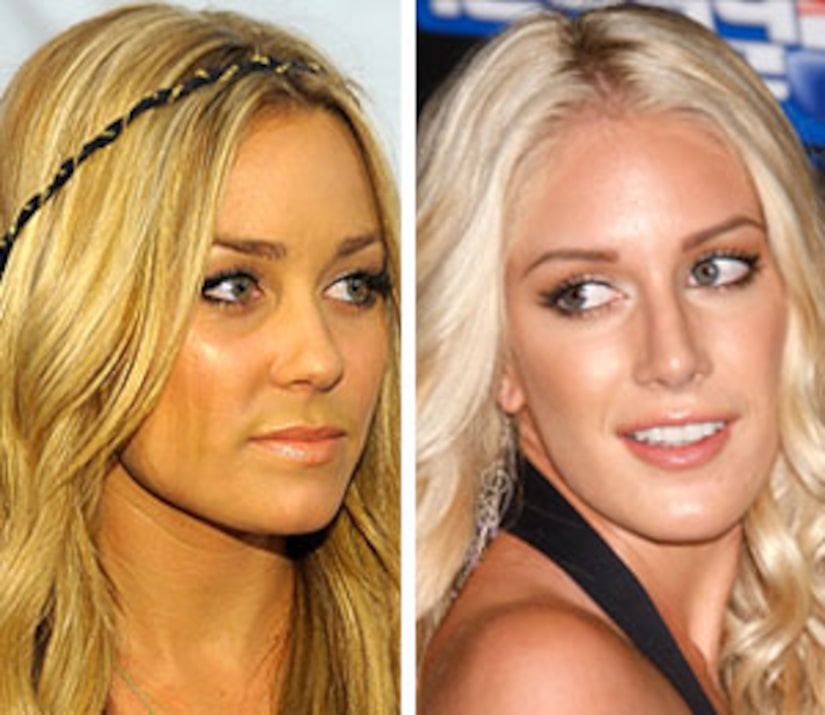 Lauren Conrad won't be posing for Playboy anytime soon -- and the former reality star is slamming frenemy Heidi Montag's decision to strip down.

"I just don't have any interest in showing my body in something like that. That's a little personal," Lauren reveals in the new issue of Harper's Bazaar. When asked about rumors that Montag bared all in the September issue of the men's magazine, LC replied with a thinly veiled reference to Heidi's breast enhancement, saying, "They're not going to pay for themselves."

Lauren also dissed Speidi's decision to wear a facemask during a recent trip to Mexico as insensitive. "The facemask on vacation -- I don't know if it was so funny because people really were being affected by that disease," Conrad reveals. "But otherwise [Heidi and Spencer] are very entertaining. You have to laugh."

Conrad recently said goodbye to "The Hills," but the budding fashion designer/author tells the magazine that she'll likely return to reality in the future. "I'm comfortable in front of the camera, but I can't act. I definitely aspire to be someone like Tyra Banks, who's created an empire for herself."