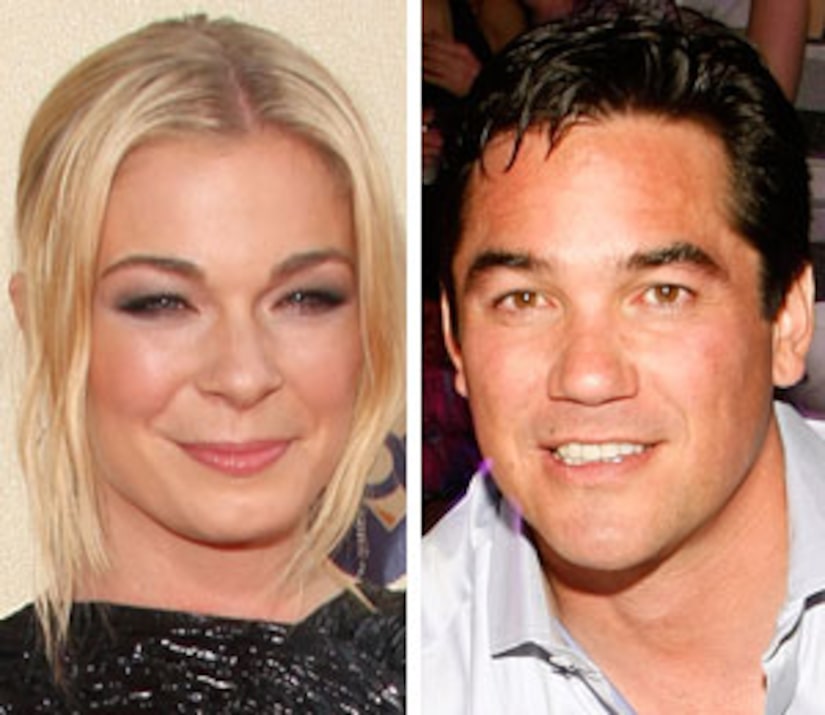 Country songbird LeAnn Rimes allegedly had an affair with actor Eddie Cibrian, now Rimes is being linked to Dean Cain! "Extra" went straight to the source for details on this "romance."

When asked if Cain were dating Rimes, he was flattered and answered, "Oh that's awesome." The former TV Superman says there's nothing going on between the stars. Cain said, "We are just friends. I've known LeAnn a long time."

Rimes is married to dancer Dean Sheremet and Cain has yet to tie the knot. He was engaged to troubled country singer Mindy McCready in the 1990s, and has a son by Playboy model Samantha Torres.