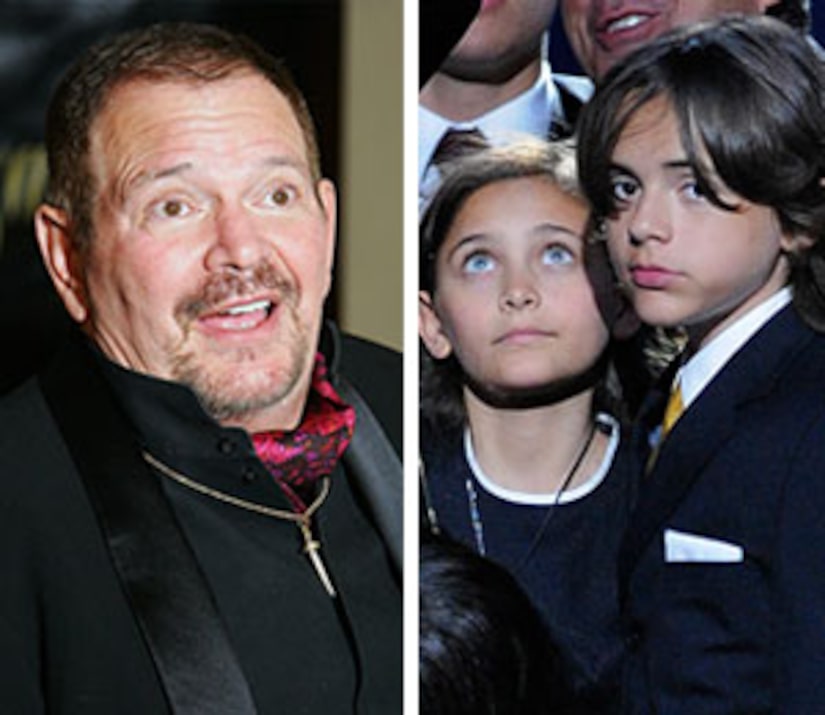 Michael Jackson's friend and dermatologist, Dr. Arnold Klein, appeared on "Larry King Live" last night to clear up the controversy linking him to Jackson's children -- and said that regardless of who the biological dad of Prince Michael and Paris is, Michael was their real father.

King pressed further, and Arnold admitted that he had donated sperm to a sperm bank before -- and said there was no way to know for sure that he wasn't the biological dad of Prince Michael, 12, and Paris, 11. "I still can't answer it absolutely one way or another... I once donated sperm... to a sperm bank... to the best of my knowledge, I'm not the father." He added, "It's not to be discussed who the father is over national television."

The doctor then talked about his affection for the children, and raised concerns about how the media's exploration of who might be the biological father of the two kids could affect both Prince Michael and Paris. "My concern is the kids... I don't want to destroy this relationship in any way, shape or form. I'll tell you this, no matter what, I will protect these children."

Despite insisting that these reports could do damage to Michael's children, Klein said that he would offer up DNA to make the story go away. "If they want me to take a DNA test, they can have my DNA. I don't care at this point."

The biological mother of Prince Michael and Paris, Debbie Rowe, was a nurse for Dr. Klein in the 1990s. She married Michael in 1996, and the couple divorced in 1999.