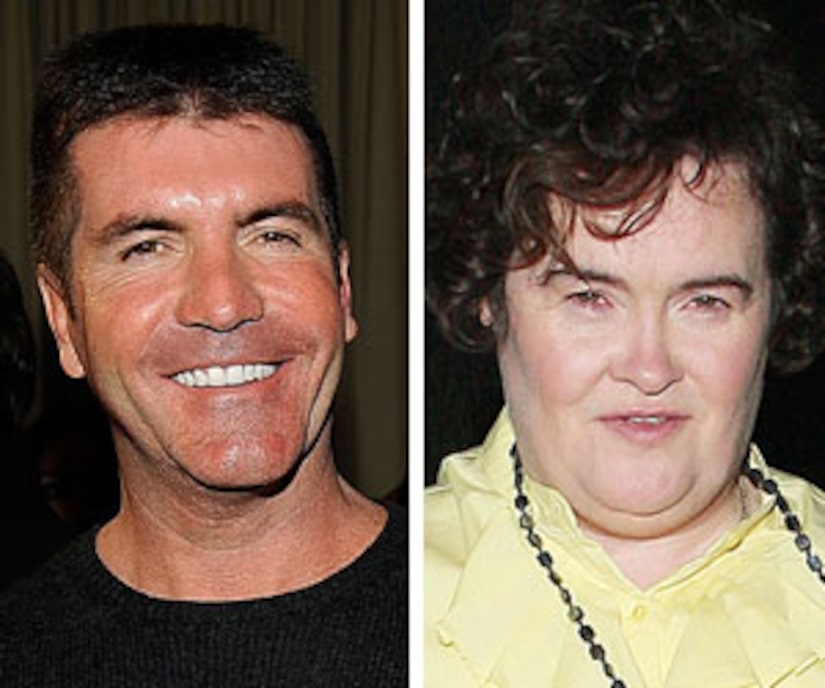 It's no secret that Simon Cowell is a huge Susan Boyle fan, but the "Talent" judge tells "Extra" that Susan wouldn't have made it onto his other show, "The X Factor."

Cowell tells "Extra" that the singing sensation did so well because the "Britain's Got Talent" auditions are held in front of a live audience -- as opposed to "The X Factor," where competitors audition only for a judging panel. "If you feel the audience cheering for somebody... even though we don't like them... there's a better chance that person is going to get through."

Simon also addressed the controversy surrounding Susan competing in the "BGT" finale, even after she showed signs of emotional instability. "At that point... even I sat down with her and said, 'Look if this is getting too much for you... you don't have to go into the final,'" Cowell reveals. "She looked me in the eye and said, 'I want to win this competition.'"