A war of words is brewing between Heidi and Spencer Pratt and Al Roker! 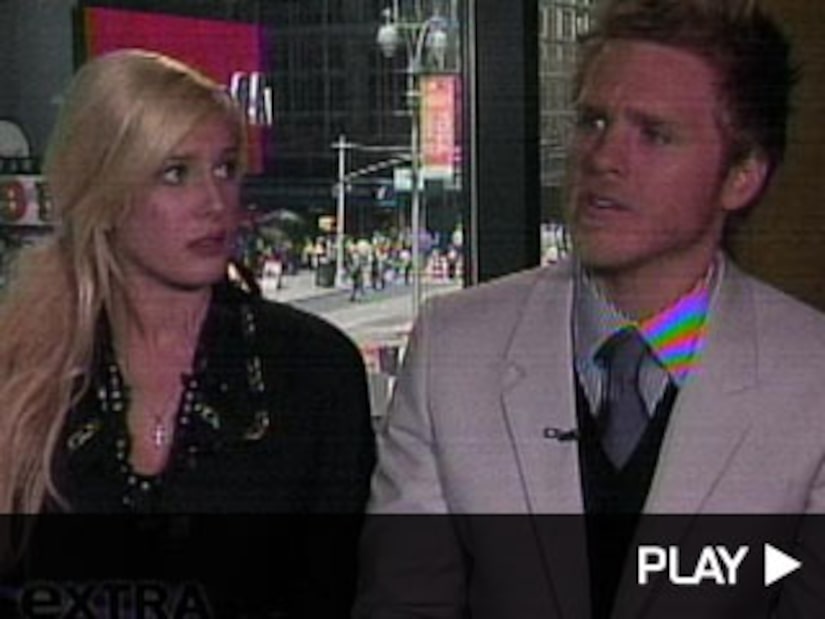 After surviving in the jungle (and Four Seasons) in Costa Rica, Speidi flew to New York to talk to Al Roker on the "Today Show" -- and now they say Al went on the offense!

During their interview, Roker asked the "Hills" duo about their stint on "I'm a Celebrity," and at one point told Spencer that people think he's a jerk, and quizzed Heidi hardball style. "The guy was a bully -- nobody has ever verbally berated my wife like that," Spencer tells "Extra."

"He got very aggressive with me," Heidi chimed in. Mrs. Pratt tells "Extra" that she was literally driven to tears by Al's questioning about the drama on "Celebrity," saying, "I felt like I was being persecuted."

Heidi adds, "Women should know... he's not just gonna be, you know, normal and courteous to you." Spencer admits that he was so upset that he almost threw a punch! "I was like, 'this guy's about to get hit.' My heart was just pounding, 'be good Spencer, don't hit him in the face.'"

After the interview, Roker wrote on his Twitter, "Heidi and Spencer are an interesting couple. famous for... being infamous. Bad and vacuous behavior. I think we're at minute 11 of their 15."

Spencer replies, "Congratulations, you get to be talked about for a day. Must be cool." Heidi adds, "I'm gonna pray for him 'cause I feel like the devil really got a hold of him."

And that's what's happening in our neck of the woods.