Kate Gosselin spent her 10th wedding anniversary with a few of Pennsylvania's finest! 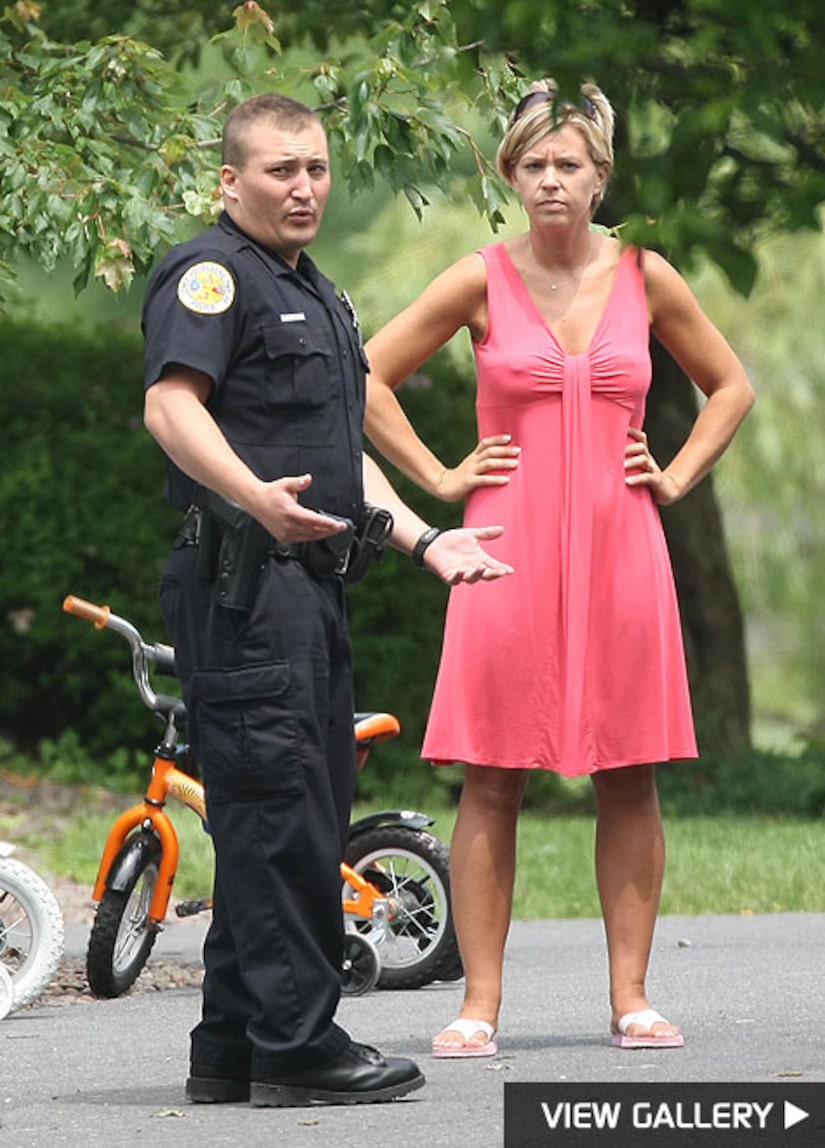 The mother of eight reportedly called police to help chase away paparazzi camped outside the family home. Kate's husband Jon was nowhere to be seen on the big day, but "Extra" did spy Mrs. Gosselin receiving a large bouquet of flowers on their anniversary. There is still no word on who gifted Kate with the pretty petals.

Kate spent the rest of her anniversary running errands with her daughter Leah.