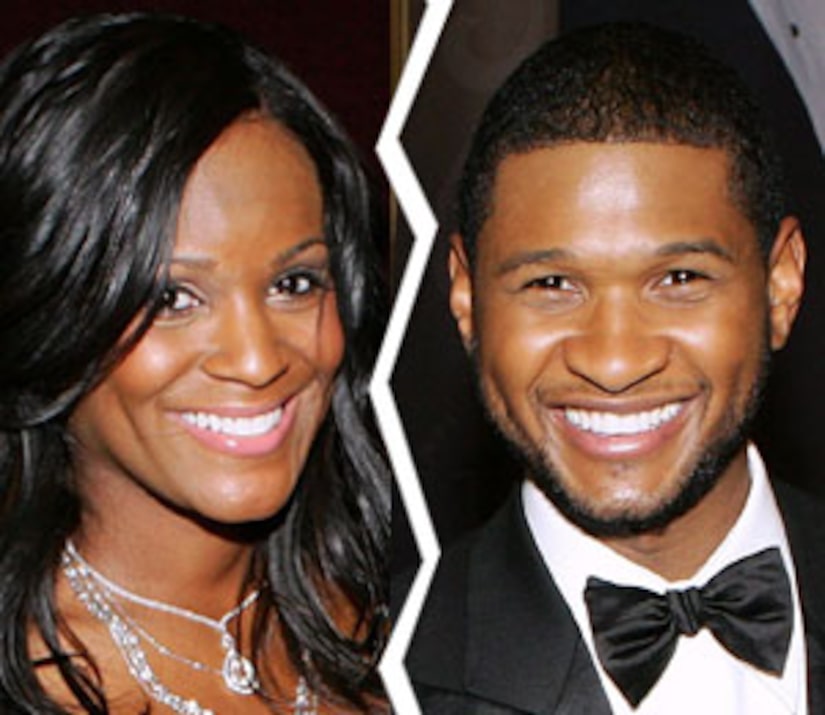 The Grammy winner filed the petition Friday in Superior Court in Atlanta, according to the Associated Press. Legal papers don't cite an official reason for the split.

The couple wed on August 3, 2007 in a private ceremony. They have two sons together, Usher Raymond V, 18 months, and Naviyd, 6 months. Foster also has three sons from a prior relationship.

Just two months after the birth of her second son, Raymond traveled to Brazil for post-baby liposuction on her stomach. "Shortly after she went under [general] anesthesia, she suffered a cardiac arrest," a rep for Sao Paulo plastic surgeon Dr. Silvio Sterman tells People.

Usher's rep issued a statement at that time, saying, "Tameka Raymond is in stable condition after suffering complications from routine surgery in Brazil."