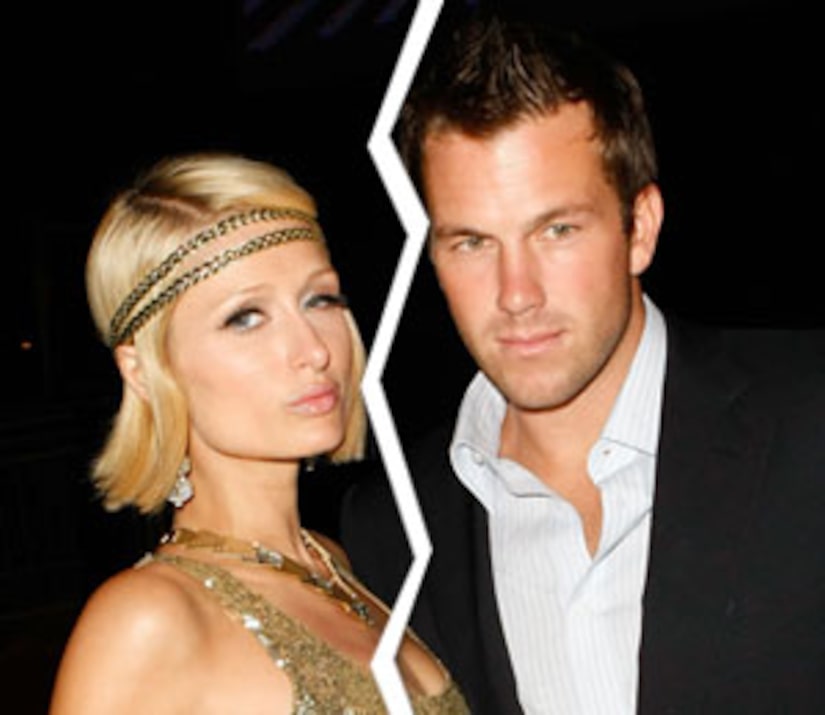 Tuesday morning, Hilton gushed to "Extra" about Doug, saying, "We just had our six-month anniversary -- we're so happy." Later that night, the two reportedly broke up after the heiress spotted the former baseball slugger getting cozy with his ex! A month ago at Cannes Film Festival, the two joked with "Extra's" Jerry Penacoli about getting married!