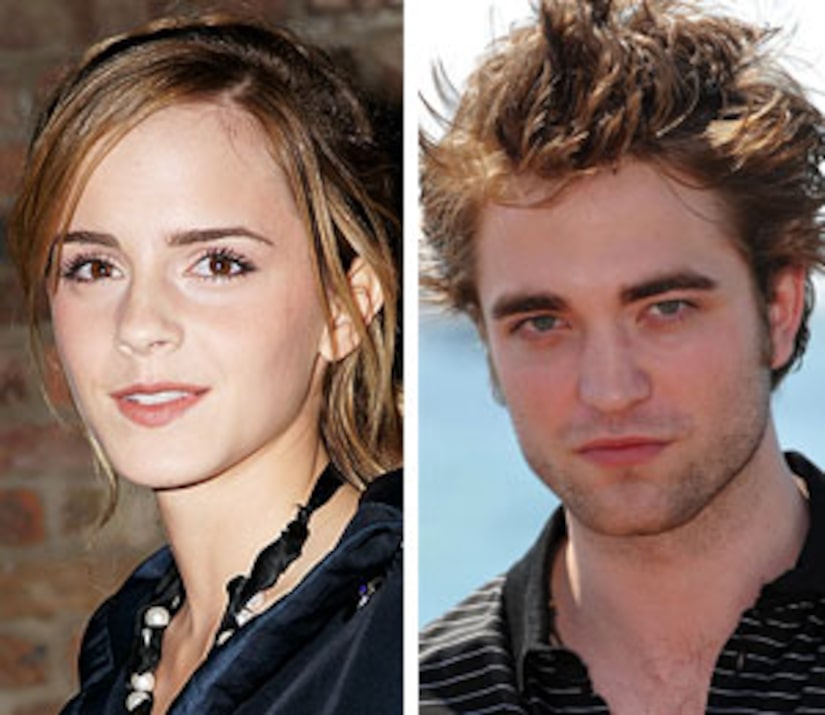 UK starlet Emma Watson is blasting reports that she confirmed a romance between Robert Pattinson and Kristen Stewart! RPatz is still on the market!

The Russian magazine I Love You reported that Watson confirmed a romance between Pattinson -- with whom she starred in "Harry Potter and the Goblet of Fire" -- and Stewart. Now, Emma's rep is blasting these claims as "pure fabrication."

"As you may be aware, a Russian Magazine entitled I Love You has run a fictitious article about Emma Watson," Watson's rep tells Perez Hilton. "This interview never took place with this magazine nor any other magazine and these quotes have been entirely made up. There is no truth in any of the comment and it is highly unprofessional of any publication to have done this."

Emma's rep insinuates that her camp is taking action against the magazine, saying, "We are in the process of dealing with the magazine and this article, but please ask you not to reprint it in part or in full as it is pure fabrication from start to finish."

Pattinson filmed "New Moon" all around the world -- check out hot pix of Rob from the set! Rob dished to "Extra" about his favorite things -- find out more about what the sexy vampire loves.