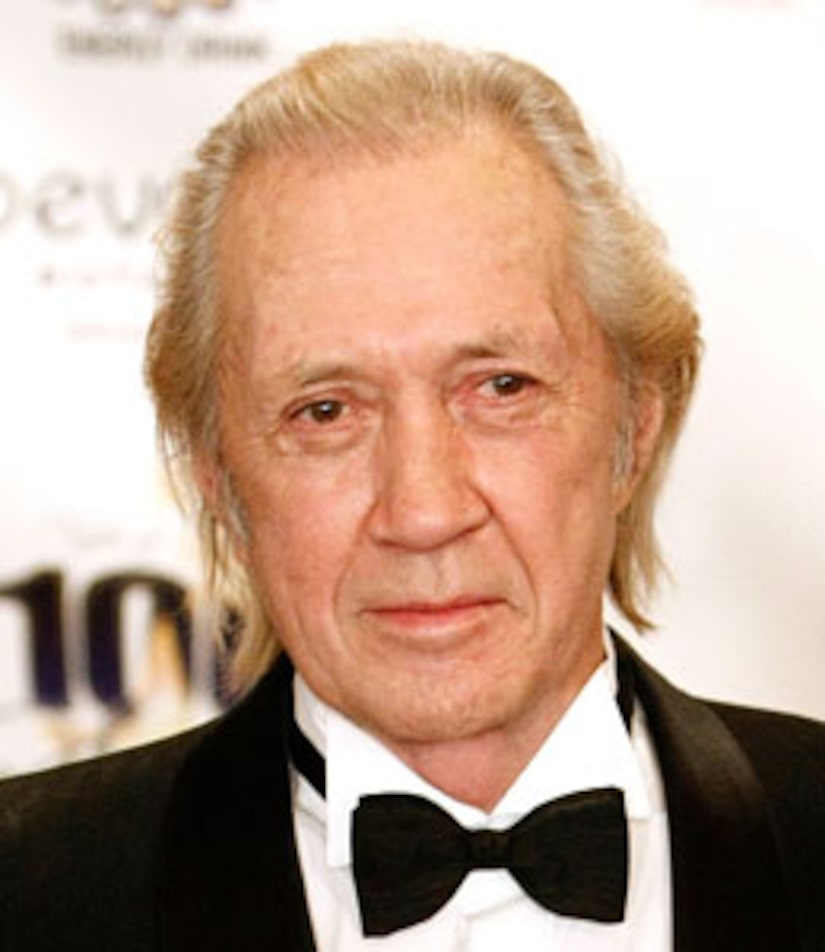 Carradine, 72, was in Bangkok to the shoot movie "Stretch" and had been staying at the Park Nai Lert Hotel since June 2. Carradine's manager Chuck Binder tells "Extra" his client's death "seems like an accidental death" and is "under investigation."

The actor was absent from a dinner with the film crew on June 3. The crew attempted to get a hold of him but were not successful. They assumed he was resting.

A hotel maid found Carrradine on Thursday morning in the closet of his suite. A police investigation reports the actor was hanging by a rope. Police said he was dead for at least 12 hours and found no signs of foul play.

Carradine played the title role in Quentin Tarantino's "Kill Bill: Vol. 1" in 2003 and "Kill Bill: Vol. 2" the following year. He was perhaps best known for his role as a fugitive in the 1970s TV drama "Kung Fu" for which he was nominated for an Emmy. He also starred in Martin Scorsese's "Boxcar Bertha" in 1972, portrayed folksinger Woody Guthrie in "Bound for Glory" in 1976, and acted in Ingmar Bergman's "The Serpent's Egg" in 1977. Carradine also co-starred with half brothers Keith and Robert in the 1980 western "The Long Riders."

He was the eldest son of noted actor John Carradine.

Carradine was married five times and leaves two daughters and a son.