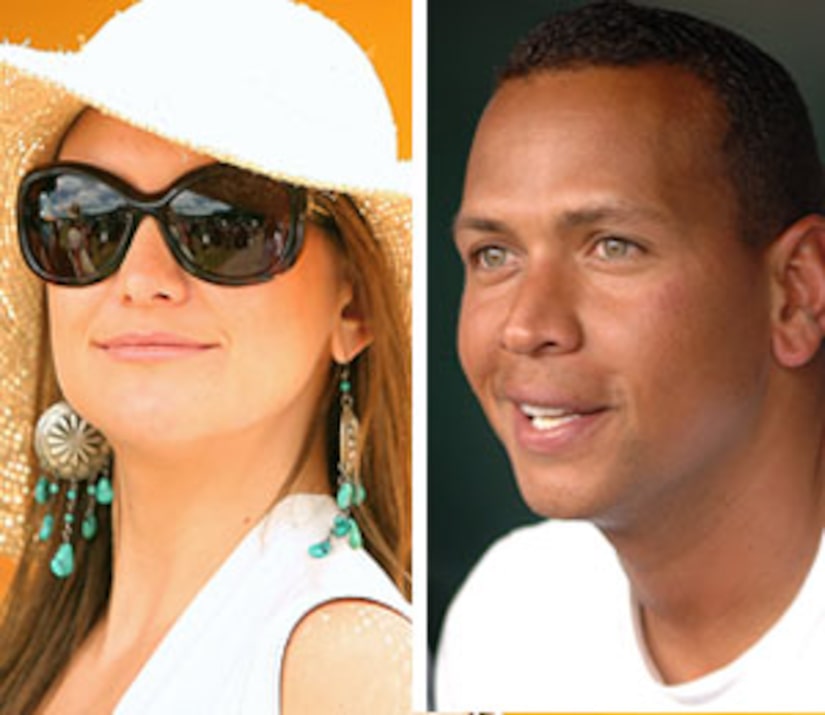 Actress Kate Hudson and slugger Alex Rodriguez are rumored to have been hooking up since last month -- and a new report suggests the blonde and the baseball star are heating up!

"It's somewhat serious," a source reveals to People magazine. "He introduced her to a bunch of his friends."

According to the magazine, the "Bride Wars" star followed A-Rod and the Yankees to Dallas last month, where the Bronx bombers played the Texas Rangers in a three-game series. Hudson and her son Ryder, 5, stayed at the same hotel as Alex, where the couple "worked out together in the fitness center."

The hotel source adds that Kate watched one of the games from the comfort of the hotel, and "she remarked several times about what a big baseball fan she is."

A-Rod was previously linked with Madonna, and Kate most recently dated Lance Armstrong.