Brad Pitt's flick "Fight Club" was honored at Spike TV's 2009 Guy's Choice Awards -- and when the actor took the stage, he couldn't resist teasing Mel Gibson about his 2006 DUI arrest! 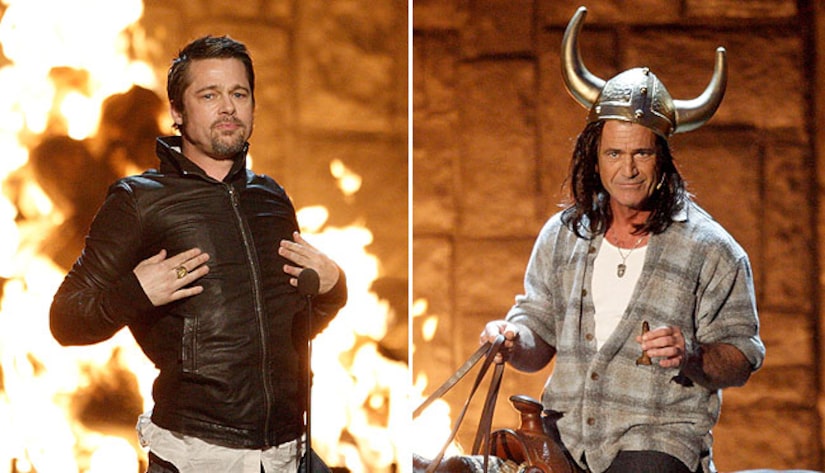 Gibson opened the awards show by riding in on a horse while wearing a Viking hat. Soon after, he introduced "Fight Club," which was inducted into the Guy Hall of Fame. Pitt came up to accept the award, saying, "Thanks, sugart***!" to Mel as he accepted the honor.

Brad went on to promote his new film, "Inglourious Basterds," and thank his fans for "the greatest moment of my f****** life!"

Jamie Foxx also took the stage at the awards show, where he heated things up by recreating Adrian Brody's steamy Oscar kiss with Halle Berry!