Sacha Baron Cohen's flamboyant character Bruno is back -- and he's already made an enemy of rapper Eminem! 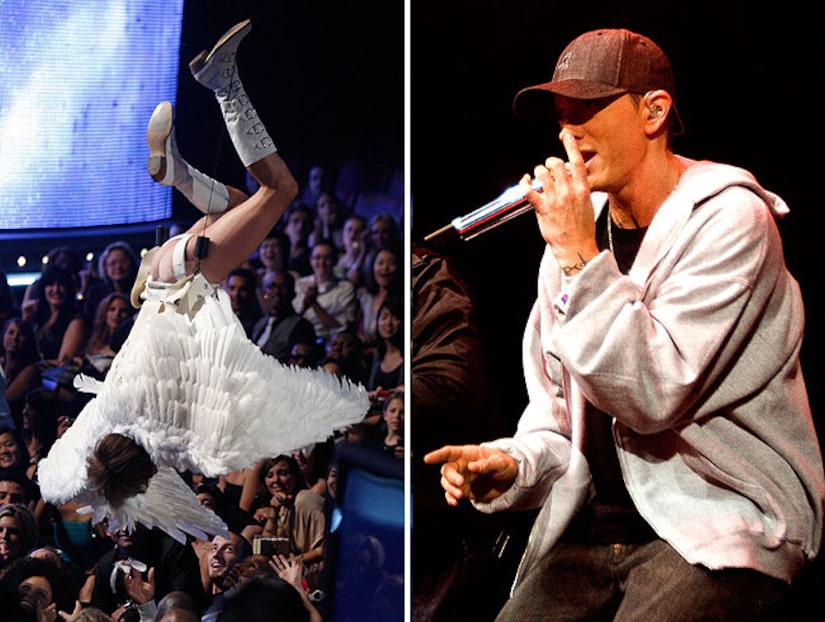 During the 2009 MTV Movie Awards, Cohen -- dressed up as his fashion reporter character Bruno -- flew in the awards ceremony on a wire, wearing white feathery wings and little else. The comedian crashed into an obstacle overhead, and was lowered into the audience -- right onto Eminem's lap, with his bare rear in his face!

Life & Style magazine claims that Eminem wasn't MTV's first choice for the prank! The report claims that Paris Hilton was first on the list to be punked by Bruno, but the heiress passed on the offer.

The "Crack a Bottle" singer appeared to be surprised and angry at the crash landing. He stormed out of the Movie Awards with his entourage -- and the live cameras rolling. Was Em really upset -- or did the rapper and comedian together punk the audience? Tell "Extra" what you think!