As the public wonders if embattled couple Jon and Kate Gosselin will be able to save their marriage, new details today suggest Kate has always had control over Jon's affairs... of the monetary kind. 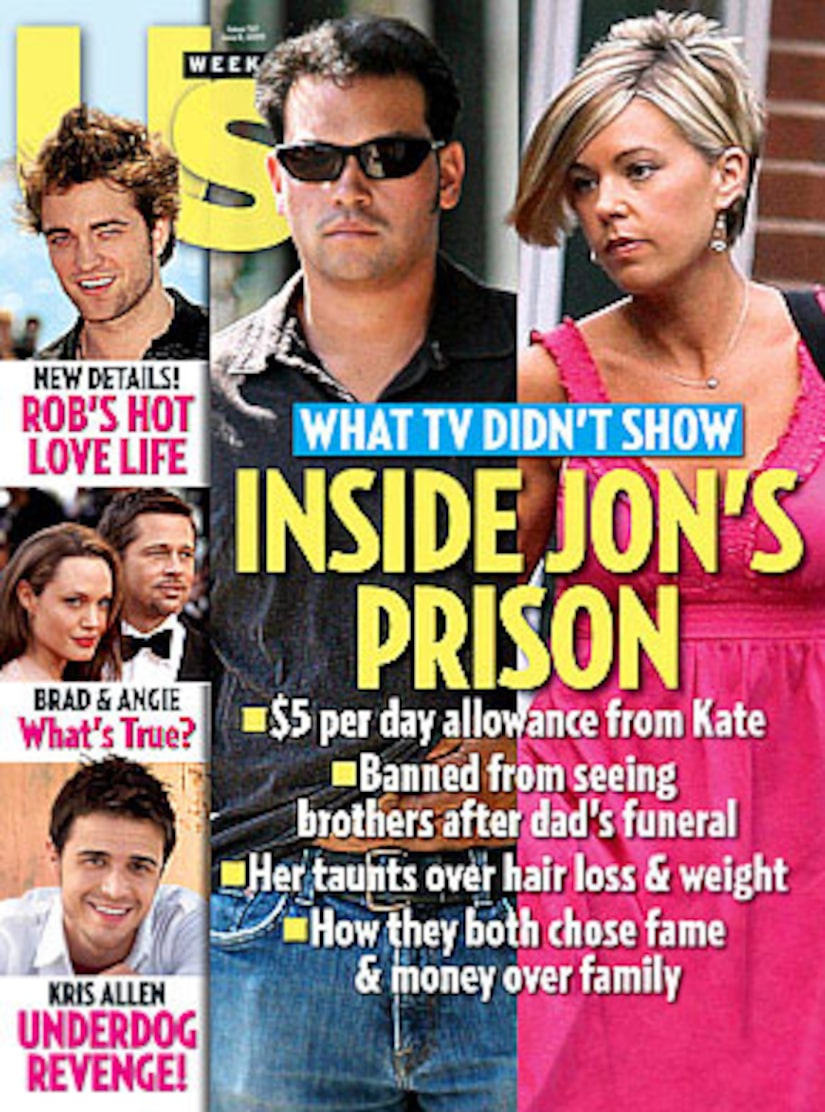 According to Us Weekly, Kate kept Jon on a tight leash by doling out an allowance each week -- then flipping out when he required extra dough. "She used to give him only $5 to spend, and if he was out and needed more money, she would give him hell," Jon's former employer, David Rothermel, tells the magazine.

The report also claims that the fiery mother of eight banned Jon from seeing his brothers after their father's funeral -- and that Kate taunts him about his hair plugs and his weight. "She's constantly telling him to watch what he eats, that he's gaining weight."

Kate's brother Kevin and sister-in-law Jodi slammed the couple for exploiting their eight children -- and insists that the kids are the victims in this situation. "They're being exploited," Jodi said on "The Early Show" on CBS. "This should not be a form of entertainment... this is not a healthy environment for kids."

Jodi, a one-time fixture on the reality show, claims the brood is crying out for help. "They don't want the cameras around... they have told me personally."

Today, Jon and Kate tell "Extra," "We keep our faith that we will make the right decisions for our family."

Despite the drama, TLC plans to keep "Jon and Kate" on the air as long as the public and family remain interested. "The show's ratings have grown consistently, as there has been interest in these real-life issues of this real-life family," TLC said in a statement to E! News. "We will continue to air as the interest continues, and the family wants to do it."