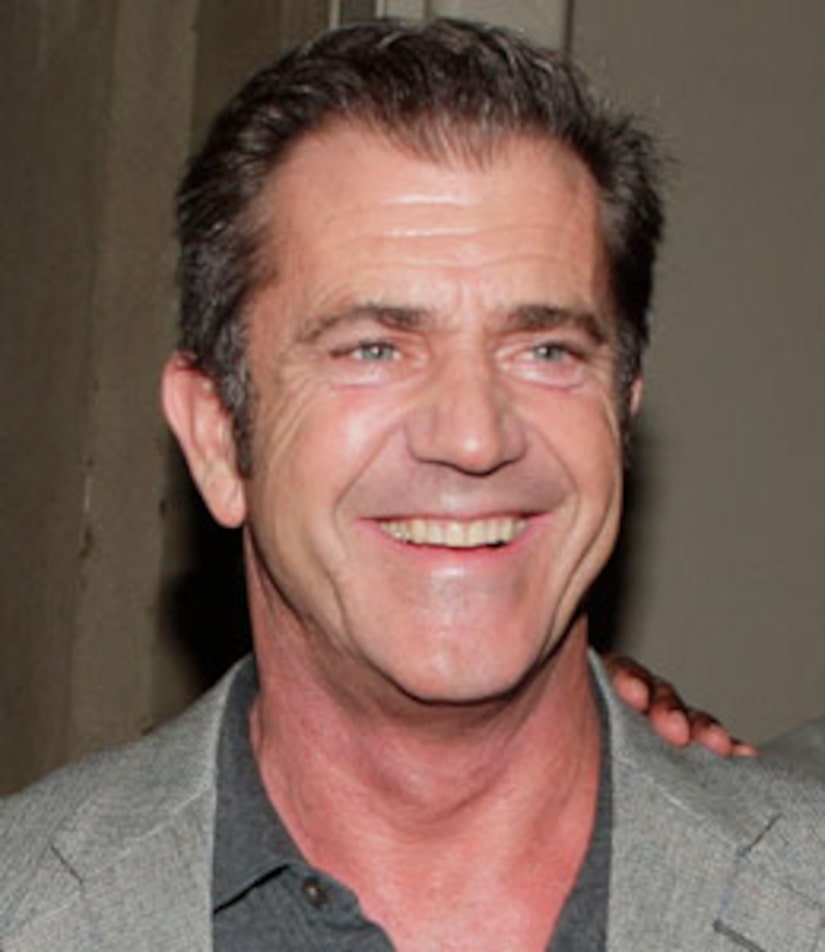 Mel Gibson sat down with Jay Leno to talk about his split from wife Robyn, and he confirmed that his girlfriend Oksana Grigorieva is pregnant. This will be Mel's eighth child.

Gibson accepted blame for his divorce from his wife of 28 years, Robyn. "My wife and I, our marriage ended three years ago and we've been separated ever since then," Gibson said. "These things happen. It's unfortunate, it's sad, but you know she is an admirable woman -- we still got kids together. We're friends."

Th 53-year-old added, "When it's all said and done, I did a pretty good hatchet job on my marriage myself. I'm to blame. If you're inclined to judge, put it here."

Leno also joked with Gibson about his younger girlfriend. "What, is she 17, 18?" Leno asked. Gibson replied that Grigorieva was almost 40 and "now I am going to have two women mad at me!" Leno then said, "The rumor I have heard is that you guys are going to have a child?" Gibson then confirmed, "This is true. We're gonna have a child."