"The Twilight Saga: New Moon" poster has been leaked -- and a sneak preview is on the way! 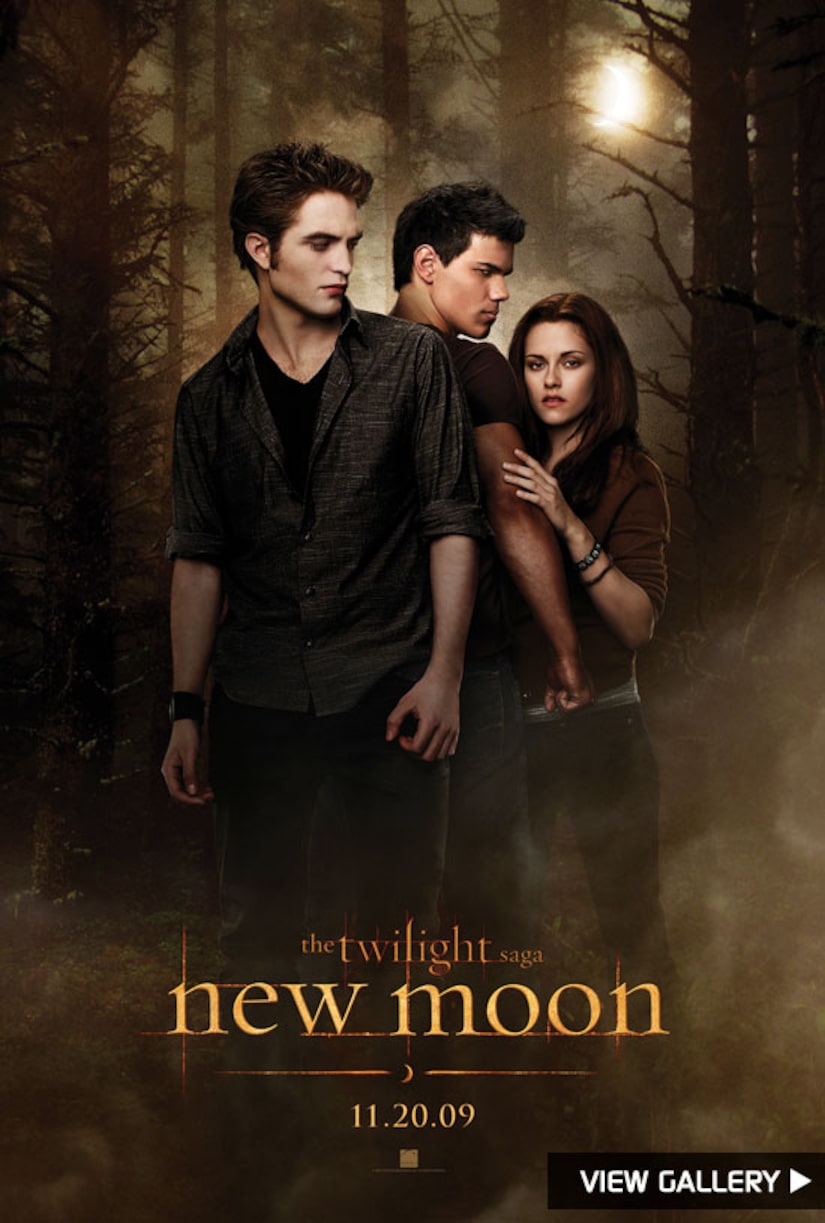 The tension between vampires and werewolves is clear! Jacob Black (Taylor Lautner) and Edward Cullen (Robert Pattinson) are fighting for Bella's love in the new flick. Jacob has become Bella Swan's (Kristen Stewart) protector -- she's even caresses his flexed tricep in the poster! "New Moon" could be a sexed-up sequel!

A first peek at the film will be seen during the 2009 MTV Movie Awards on Sunday, May 31. Filming in Vancouver has wrapped, and "New Moon" rises in theatres November 20.