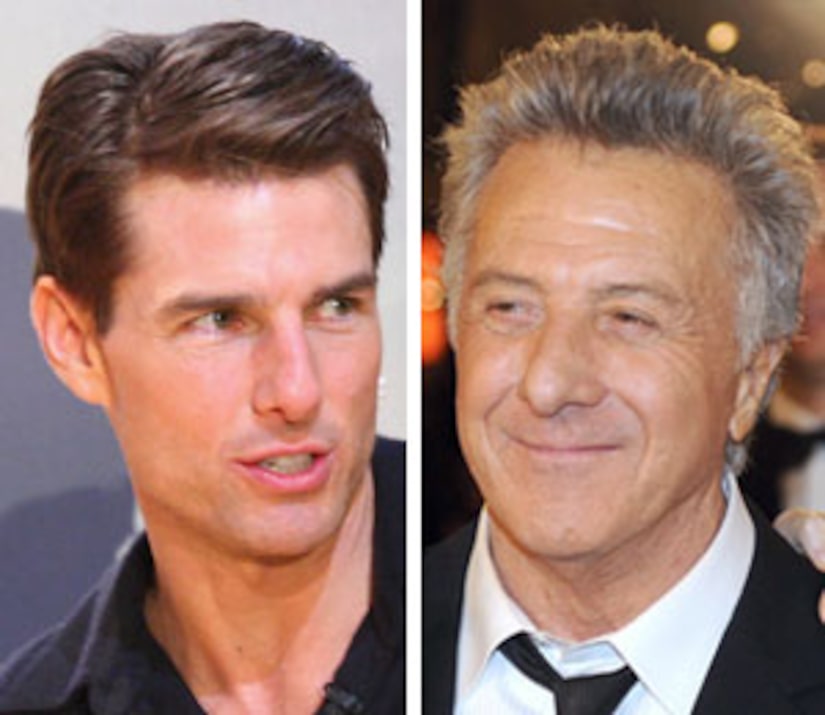 Cruise was intimidated -- that's true! The Hollywood heavyweights scored big as brothers in "Rain Man," but years earlier, Tom admits he was too nervous to introduce himself. Cruise tells AMC's "Storymakers," "I said, 'I am not going to go up and say hello to him... He doesn't want to be bothered.'"

The "Valkyrie" actor reveals Hoffman actually came up to him first and said his name. Cruise adds, "I was like 'S**t... This guy knows my name!"

Hoffman told Cruise he wanted to make a movie with him. They made "Rain Man" in 1988 and the flick raked in four Oscars!