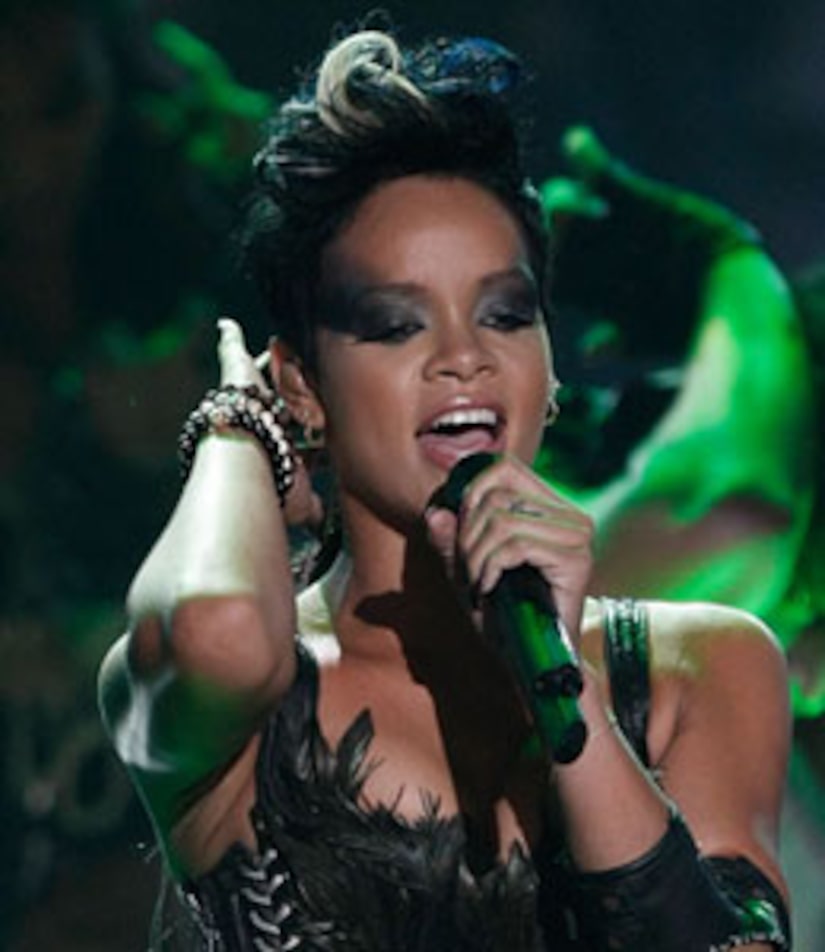 Is Rihanna getting back at Chris Brown with a song featuring Lady Gaga?

Don't go gaga over this rumor -- it's not them. It was reported Rihanna released a new single called "Silly Boy." The lyrics mimic RiRi and Chris' relationship drama with lyrics like, "You had a good girl, good girl, but didn't know how to treat her." But Rihanna's reps say she isn't behind the leaked single.

Kanye West posted "Silly Boy" on his website on Tuesday, and he says that Lady Gaga told him that she wasn't featured on the track.