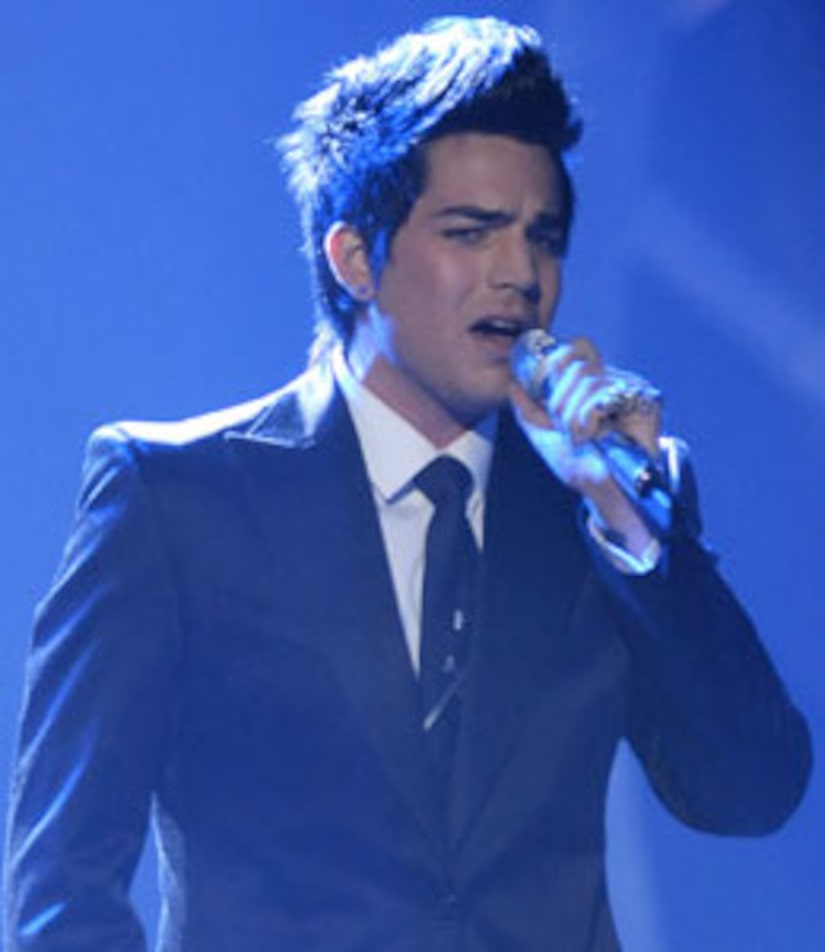 The "American Idol" season finale is only three weeks away, and the final five contestants took a trip back to the 1960s for Tuesday night's Rat Pack performance show. Guest mentor Jamie Foxx, who is currently tearing up the Billboard charts with his single "Blame It," attempted to lead the hopefuls in the right direction.

Judge Paula Abdul compared front-runner Adam Lambert's performance to Olympic gold. After Lambert seductively sang "Feeling Good," Abdul told the 27-year-old that each week "it's like watching the Olympics and you're our Michael Phelps."

Danny Gokey's redition of "Come Rain or Shine" won over judge Simon Cowell. The tough judge complimented the 28-year-old, saying, "What you had tonight was swagger and confidence."

The judges were impressed with Kris Allen's version of "The Way You Look Tonight," except Cowell, who described the rendition as "wet." Host Ryan Seacrest wanted to know what Cowell was insinuating and asked, "What do you mean by wet?" Cowell answered, "Not dry." Well, of course!

Simon and judge Kara DioGuardi disagreed when it came to Allison Iraheta's bluesy take on "Someone to Watch Over Me." Simon told the L.A. teen, "I have a horrible feeling you could be in trouble tonight." While Kara remarked, "If that doesn't land you in the finals, I don't know what will."

The four judges were split on Matt Giraud's "My Funny Valentine." Judge Randy Jackson described the performance as a "6 out of 10." Cowell praised the 23-year-old, "It was the only believable, authentic song I've heard tonight."

One of the five will be leaving the competition on Wednesday's elimination show.