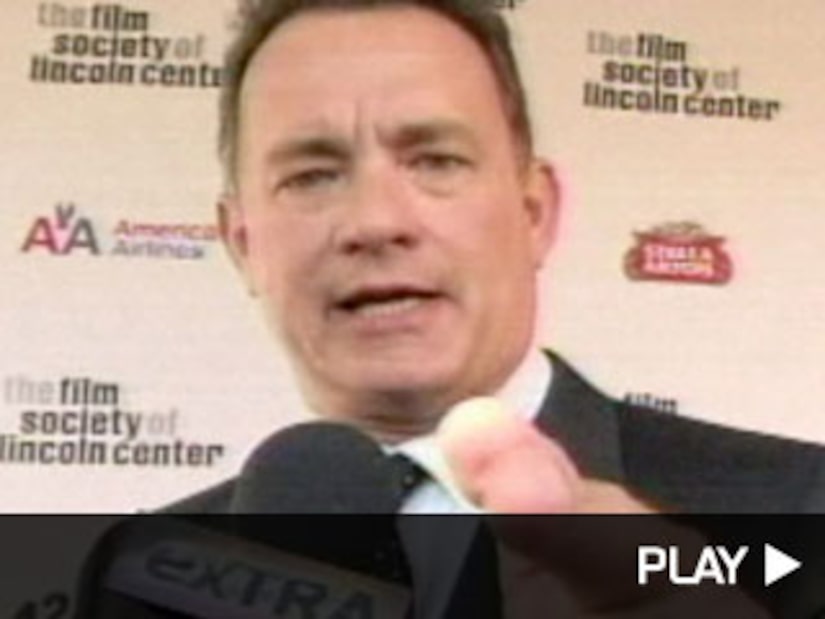 Tom was awarded with the new Chaplin Award, and Julia, who appeared last, felt that everyone had used her best lines. The mom of three announced, "It's late, and I'm paying my babysitter overtime, and I have to pee." Then she told Hanks, "So, everybody f***ing likes you."

Roberts went on to mention Hanks' portrayal of Viktor Navorski in the 2004 flick "The Terminal." Julia said, "That movie about you and the airport and the accent was a pass for me. Airport? Were you just an immigrant lost? I didn't know. I love you, but I didn't know... and I'm wearing the same f---ing dress tonight as your publicist."

The "Pretty Woman" wrapped her speech with a heartfelt note, adding, "I will say this: Tom Hanks, I love you."

The crowd enjoyed Roberts' presentation and Tom told the audience she has "the biggest potty mouth you have ever heard."